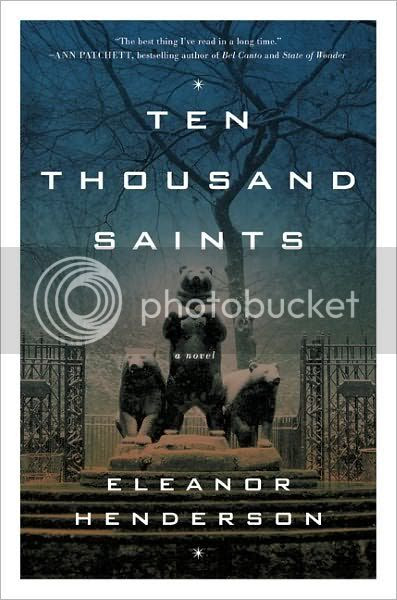 I had heard good things about this book, but wasn't sure I'd be interested in the coming-of-age story of straight edge teens in the late 1980s New York City. Boy, was I wrong.

Henderson has such compassion for her characters- Jude, the drug-using boy in love with a girl who slept with his best friend Teddy, Eliza, the lost rich girl with a secret, Johnny, Teddy's straight edge musician brother hiding from himself- that you feel like you know these people and care deeply about what happens to them. Even Teddy, who only exists for 72 pages yet whose presence influences all of the main characters, is so vivid, I felt I knew him well.

The minor characters are well drawn too; I particularly liked Jude's estranged father who left his family behind years ago, and although he faithfully sent support checks, checked out of his son and daughter's emotional life. Henderson has created this world that I had no idea about, the straight edge world of young people living in poverty on the Lower East Side of New York City in the late 1980s. It was a much different world there than it is today. They live with the homeless, violence and drug dealers in Tompkins Park, and with the fear and ignorance spawned by the AIDS epidemic.

There is one scene, a fight scene, that echoes S.E. Hinton's classic book, "The Outsiders", and I loved her homage to that story about teens also on the outside of mainstream society. (One of the characters even mentions the book later in the story.) This book will appeal to all of us who grew up loving "The Outsiders".

Part of the story takes place in Vermont, and Henderson creates that world with as much care. I felt like I was dropped into this story, these worlds that I knew little about. Great fiction can open up your mind and heart to characters and new ideas, and "Ten Thousand Saints" is great fiction. It is one of the best books I have read this year, and I can't wait for more from Eleanor Henderson.

I read this book in two sittings, I just couldn't put it down. These characters manage to crawl inside your heart, and when they make bad decisions and mess things up, you just want to hug them and tell them it will be alright.