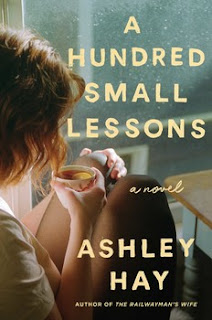 Australian author Ashley Hay's A Hundred Small Lessons tells the story of two woman who lived in the same house at two different times. When elderly Elsie Gormley falls in her house and breaks her hip, she has to move from the home where she and her beloved husband Clem raised their twins, Elaine and Don now 70 years old, to a nursing home.

Elsie lost Clem over thirty years ago and has lived alone since then. She has a good relationship with her son Don and his wife Carol, but she and Elaine have clashed since Elaine was a teenager. Elsie loves Elaine's daughter Gloria and spent a lot of time with Gloria while she was growing up.

Elaine didn't take to mothering as Elsie did. Elaine married young, like her mother, but never reveled in the joy of raising her daughter and keeping house. One of the most poignant scenes takes place as Elaine pours her heart out to Clem about how desparately unhappy she is with her life. Clem listens to his daughter, and tells her that it isn't too late to go back to school or find a satisfying job. Clem has a much different, warmer relationship with Elaine than Elsie did.

Lucy, her husband Ben and their toddler son Tom buy Elsie's house when she moves to the nursing home. Lucy loves her husband and son, but she is melancholy. Ben travels frequently for work, and he and Lucy have moved several times across the world, finally settling in Brisbane.

Lucy becomes somewhat obsessed with Elsie. She finds a box of photos in the attic that belonged to Elsie, and when Tom accidentally spills something on them and ruins them, she is upset. Lucy feels Elsie's presence in the house, and even tells Ben that she has seen Elsie in the garden. Ben indulges Lucy at first, but he becomes increasingly exasperated by Lucy's continued behavior.

As a middle-aged woman Elsie poses for a portrait for an artist who lives nearby. This experience changes Elsie in a profound way. She begins to see herself in a different light.

Lucy meanwhile speaks frequently of her vardogers- versions of Lucy Kiss who exist in different times and places, a Sliding Doors effect. She brings up her vardogers when an old boyfreind unexpectedly turns up at her door.

Hay writes very descriptively- her opening paragraph, describing the house as Elsie sees it from the floor where she has fallen is particularly evocative. It makes you want to lie on your own floor to see what you see, things that you miss seeing everyday from your usual perspective.

A Hundred Small Lessons, whose title is taken from a Michael Ondaatje poem that Lucy recited to Ben on one of their first dates, is about the journeys taken by Elsie and Lucy on their way to finding their own identities. It's about growing into your own identity and marriage and motherhood and how they change you.

There is a coincidence that hints at a connection that Lucy's family and Elsie's family have that ties them together in a sweet manner, making for a lovely ending to this story. Of the two stories, I found Elsie's more interesting, maybe because we got more of it as she was older. And Clem was such a sweetheart, he gives husbands a good name.

Thanks to TLC Tours for putting me on Ashley Hay's tour. The rest of her stops are here: 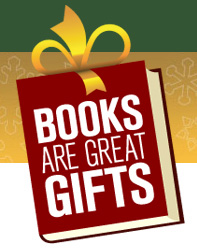