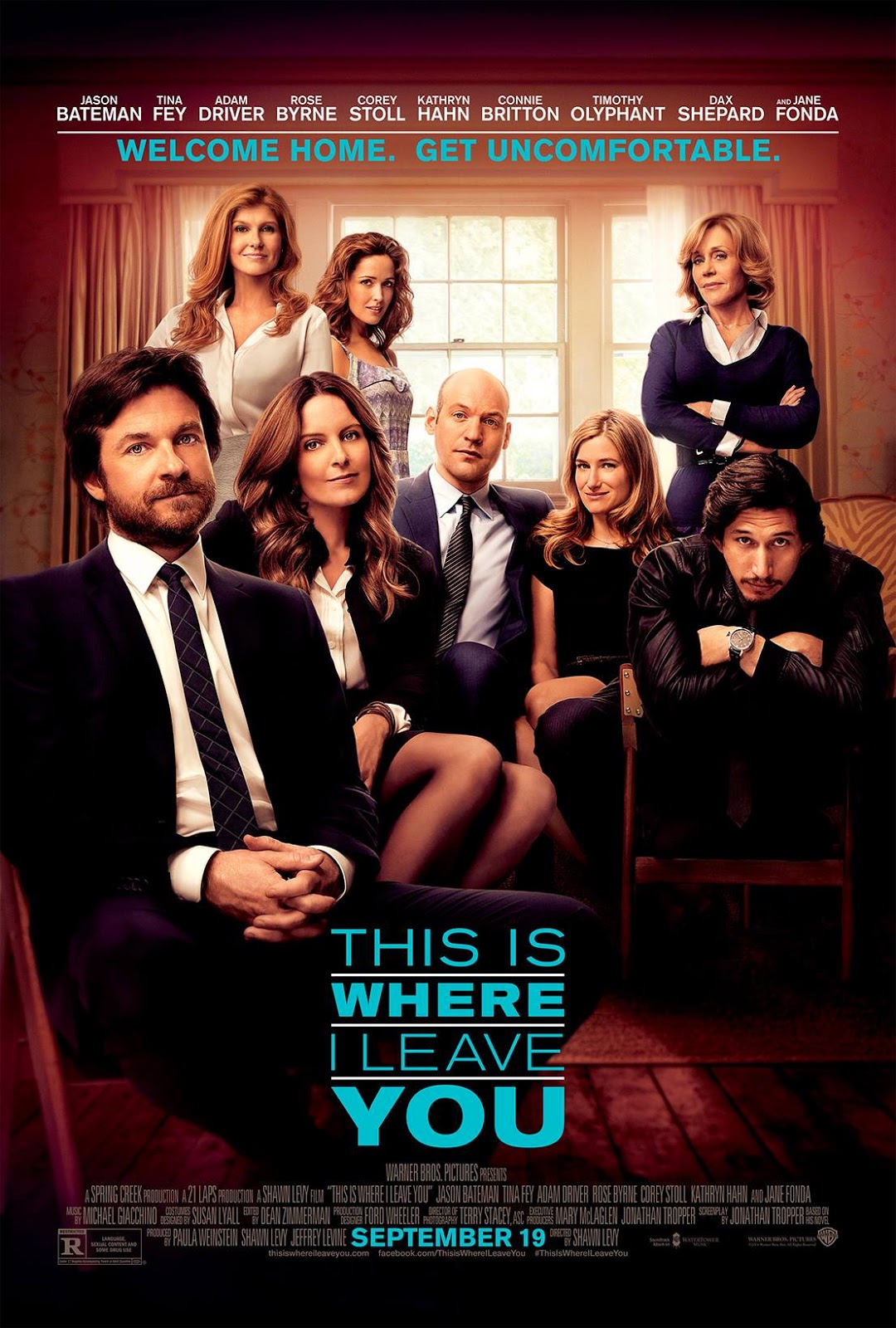 Fours years ago, I read Jonathan Tropper's hilarious novel This Is Where I Leave You, the story of Judd Foxman, a man who comes home from work to find his wife and his boss in bed together. He loses his wife and his job in one fell swoop, and then his sister calls to tell him their father has passed away.

Oh, and their father's dying wish was to have his four adult children (who don't always get along) sit shiva for him. That means seven days of sitting at their family home, waiting for people to come and pay condolences. I remember being so enamored of this book, it made me laugh out loud.

I also thought it would be a fabulous movie and was thrilled when I heard that Tropper was writing the screenplay to be directed by Shawn Levy and released by Warner Bros. Pictures.


This Is Where I Leave You opens this Friday, September 19th at theaters nationwide and I was able to see an early screening and can happily report that the movie just may be better than the book. It perfectly blends humor with poignancy, and the casting may be the best I have seen.

Each role is brilliantly cast, starting with Jason Bateman as Judd, whom Jonathan said in an interview with myself and five other bloggers he considered his avatar for the character as he was writing the script. I can remember as I was reading the book thinking Bateman would be amazing as Judd, and he really is. This is his best role yet.

The book is told from Judd's point of view, and I was curious as to how Judd's interior monologues would translate on the screen. Tropper and Levy did a fantastic job, adding scenes such as the one between Wendy and Horry, (beautifully played by Timothy Olyphant) Wendy's first love who has a traumatic brain injury, that said so much in just a look between them. It made me cry, as did a scene near the end with Jane Fonda, as Judd's mom, looking out the window at Judd.

Tropper didn't have any role in the casting, that is the director's purview, but he did say what a surreal experience it was to get email updates about casting, telling him such things like Tina Fey would play Wendy, and Adam Driver would play perennial screw-up baby brother Philip.

Much of the film was shot at an actual house in Great Neck, Long Island, and between takes the cast would hang out in the upstairs bedroom, where they would bond and talk about their own families and careers. That bonding clearly worked well for the film, as you can believe that Bateman, Fey, Driver and Corey Stoll are siblings.

Tropper also said that Jane Fonda acted as a matriarch on the film, and he called her a force of nature, but one who was humble and didn't have an entourage with her. He said she soaked up the energy of the younger actors and they all were thrilled to work with her. He said she understood the character of Hillary so well.

One of my favorite movies is Love, Actually, and what that movie is to love relationships, This Is Where I Leave You is to family relationships. Both movies made you laugh and then tear up, and both will touch your heart. Anyone who has siblings will relate in some way to this movie.

If you've read This Is Where I Leave You, then I can assure you you will love this movie. If you haven't read the book, go see the movie this weekend and then read the book. This Is Where I Leave You  is destined to become a fan favorite, just as Love, Actually is, and it's about time the adults have a movie we can see with our husbands, our girlfriends or even our siblings. Don't miss it.