Three Books About The Schuyler Women by Beatriz Williams

Reprinted from The Citizen
Often, fiction authors will write a series of books featuring the same characters; many mystery writers have made entire careers out this (like Sara Paretsky’s V.I. Warshawski books, Sue Grafton’s Kinsey Milhone series and Lee Child’s Jack Reacher books).
Author Beatriz Williams has written a series of books that feature female members of the Schuyler family. In each book, a member of the Schuyler family has a prominent role, and other members pop in and out of the background.
In “A Hundred Summers,” Lily Dane is the main character in a story set in 1938 in Seaview, Rhode Island. Lily’s mother, Christine, and her Aunt Julie are the Schuyler women, born into a prominent and wealthy family. 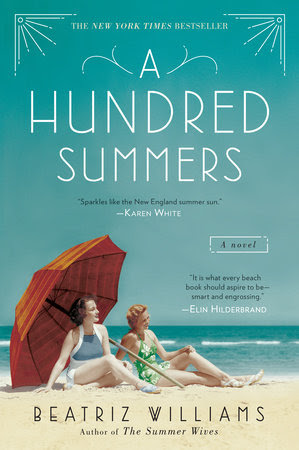 We see Lily as a young, naive college girl, with her longtime best friend Budgie, a high society girl who goes after what she wants, as she meets handsome Dartmouth college football star Nick Greenwald. They fall madly in love and plan to marry when tragedy tears them apart.
Eight years later at her family’s beach house in Seaview, Lily runs into Budgie and Nick, now married and staying the summer in Seaview. Lily is unmarried and spends most of her time with her much younger 7-year-old sister, and seeing Nick and Budgie together shakes up her world.
“A Hundred Summers” put me in mind of a 19th-century Jane Austen novel, with its handsome, brooding, honorable hero, the lovelorn but strong-willed leading lady, and a look into the lifestyle, manners and rules of the wealthy.
Williams’ next novel, “The Secret Life of Violet Grant,” begins in 1964 with college graduate Vivian Schuyler working hard to become a writer at a popular magazine. One day she receives a battered suitcase that belonged to her Great Aunt Violet Grant, someone she knew little about. 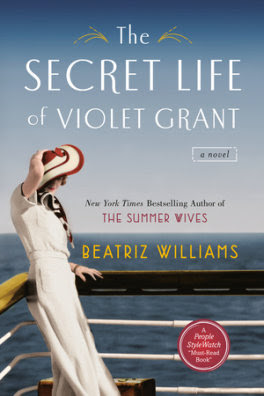 What she does know is that Violet disappeared in Germany in 1914 after killing her husband and running off with her lover. No one in the family had seen or heard from her since then.
Vivian believes that this is a story she could write for the magazine that would be her big break.
Vivian’s story alternates with Violet’s story. Violet wants to be a scientist at a time when there were not many women scientists. She studies in England under a well-respected doctor and ends up marrying him.
Their marriage isn’t quite what Violet thought it would be, so she throws herself into her work. Violet and her husband end up in Berlin just as the events leading up to WWI are swirling around them.
“The Secret Life of Violet Grant” is my favorite of the three Schuyler women books so far. I love that Violet is a scientist, a unique career for a woman at that time. Even now, you don’t find too many female scientist protagonists in women’s fiction.
Vivian is a great character, too, a very Rosalind Russell/Kate Hepburn '40s movie type of gal. Her wisecracks and interactions with her sister Pepper and Aunt Julie made me smile.
In “Little Tiny Thing,” Christina “Tiny” Schuyler is married to a politician on the rise (John Kennedy comes to mind). She spends the summer of 1966 at her husband Frank’s family summer compound with her mother-in-law, who rules the roost with an iron-in-velvet fist, a father-in-law who is determined that his son will be president, and various other relatives. Two weeks before Tiny married Frank, she met a man at a diner and, after a violent holdup at the diner, she and this mystery man became more than friends. Tiny was ready to end her engagement to Frank when she discovered that her mystery man was not whom she thought he was.
Back at the compound, Tiny receives a compromising photo of herself in the mail. The attached note requests money or else the photo will be made public, and she will ruin Frank’s chances of becoming a Congressman.
Tiny turns to her sister Pepper, who has shown up at the compound on vacation from her job as an assistant to Sen. Robert Kennedy. Pepper and Tiny try to find out who the blackmailer is, and along the way restore a 1933 rare German car they find hidden on the property.
I loved Pepper in this story, described as looking “like trouble at any angle.” I hope that the next book in the series will give us Pepper’s story; I know it will be a fabulous one.
A Hundred Summers
The Secret Life of Violet Grant
Tiny Little Thing

Posted by (Diane) bookchickdi at 8:35 AM