Welcome to the Friday 5ive, a weekly blog post about five things that caught my attention this week. Monday was Memorial Day, and although we couldn't have big family celebrations, I hope you were able to grill out some hamburgers and hot dogs and maybe catch a viewing of Saving Private Ryan on TV.


1)  While out walking my son and his girlfriend's dog Otto, I found this small monument in Pelham Manor, a tribute to the men who fought in the Battle of Pelham in the Revolutionary War. 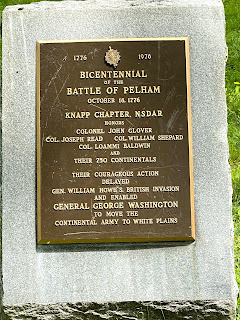 2) Last week we celebrated a belated Mother's Day, and this past weekend we celebrated a belated St. Patrick's Day. I always made a big St. Patrick's Day dinner when the boys were growing up, and my oldest son says it is his favorite meal of the year. I made the traditional corned beef and cabbage with carrots, Irish champ mashed potatoes, pistachio bread, and Irish bread pudding. It turned out really well, and we all enjoyed it.


3)  With no Broadway (and who knows when it will come back), I have been watching performances online. Last week, Sally Field and Bryan Cranston performed A.R. Gurney's Love Letters as a fundraiser for The Actors Fund. The show is about an artist, Melissa (played by Sally Field), and a politician, Andrew (played by Bryan Cranston), and the letters they exchanged over 50 years. It was so moving, Sally Field was just phenomenal, and Bryan Cranston is great in everything he does. It makes me wish I could have seen Sally Field on Broadway when she was in The Glass Menagerie.

4)  Speaking of fundraisers, John Oliver, host of HBO's Last Week Tonight started a fundraiser for the United States Post Office. The USPS has been having financial problems for awhile, and the pandemic has made it even worse. People depend on the USPS for many things, including absentee ballots and medications, and if you are a fan of Oliver's show or you get mail, you can buy the stamps here. I've met Mr. Nutterbutter a few times, so he is my favorite stamp. If you have a birthday coming up, look for Mr. Nutterbutter in the top right corner on a card from me. 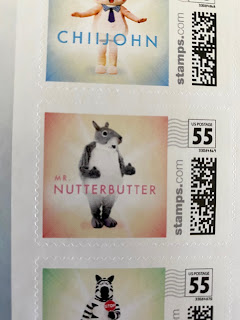 5)   I read two books last week. Kimberly McCreight's psychological thriller A Good Marriage begins with Amanda being brutally murdered in her home.  Her husband Zach is arrested for her murder and he reaches out to Lizzie, a woman he briefly dated years ago to represent him. Lizzie is not a criminal defense lawyer, but Zach convinces her to help him. Lizzie has her own marital problems, with an alcoholic husband she doesn't trust. Amanda was murdered following an annual neighborhood party where men and women pair up with people not their spouses for sexual encounters. Did this have anything to do with her death? It's a twisty story, going back and forth between the days leading up to Amanda's death, the grand jury investigation, and Lizzie's own investigation. No one is exactly who you think they are, and there are plenty of secrets, suspects and red herrings here. I did find one plot twist a little too much to take, but fans of the Lifetime Channel movies will want to read this one. 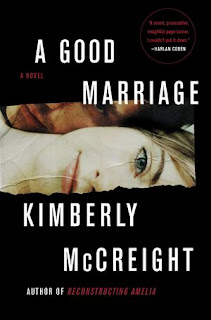 Now is a great time to read Mary Kay Andrews' Hello, Summer. When the news agency where Conley has just landed a job goes out of business, she heads home to the small Florida Panhandle town of Silver Bay where her sister Grayson is the publisher/managing editor of the local newpaper that has been in their family for years. Times are tough for print newspapers, and Grayson may have to sell the family business. When Conley witnesses a car accident where the local Congressman is killed, she digs deep into what really happened, and ends up "digging up dirt" and angering many in the tight-knit community. There's romance, small town life, and if, like me, you grew up wanting to be Brenda Starr, Hello, Summer is a perfect novel to read at the beach or on your front porch. 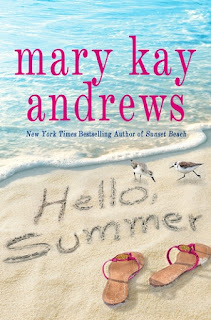 I hope you all stay safe and healthy.