Historical fiction has gained in popularity in recent years, and there are several wonderful books to savor this spring that drop the reader into a different time with interesting people.

Kate Quinn has been writing about women who have been heroic during WWII in several wonderful books (The Alice Network, The Huntress and The Rose Code) and her latest entry is The Diamond Eye. 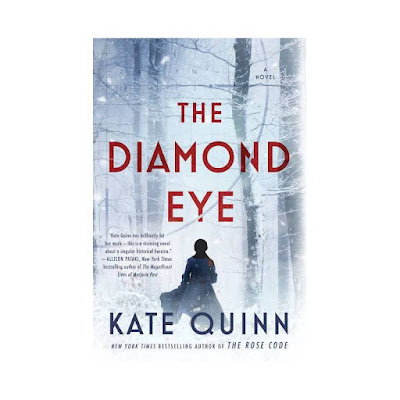 Mila is a librarian working on her thesis for her advanced degree in Kiev, Ukraine (part of Russia then) during WWII. She is separated from her surgeon husband, and raising her young son with the help of her family. She joins the Russian army to help defeat the Nazis who are marching towards Russia, causing utter devastation in their wake.

Along the way, Mila shows great skill as a sniper, becoming the most successful female sniper in the Russian army with over 300 kills to her credit (she actually had many more). The Diamond Eye takes us through Mila’s service and her visit to the United States on a publicity tour where she meets and becomes friendly with First Lady Eleanor Roosevelt.

Kate Quinn excels at taking the true story of Mila Palivchenko and fictionalizing her life, giving the reader insight into what it is like to be a woman in a traditionally male army. The reader feels the tension as Mila remains silent and motionless looking for her opportunity to complete her missions. The Diamond Eye continues Quinn’s masterful storytelling of women’s contributions during war.

Melissa Fu’s powerful novel, Peach Blossom Spring tells the story of a different war. Like Mila, Meilin has a young son. Meilin and Renshu are on the run in 1938 as Japan begins bombing China. Meilin’s husband is killed in war, and she and Renshu leave their home with her husband’s family to find safety.

They are refugees fleeing war, and the descriptions of people leaving everything behind, walking for days, resonates so deeply with what we see on the news today in Ukraine. Meilin will do anything to save her son and give him as normal a life as she can.

Renshu is an excellent student and receives an opportunity to study in the United States. Here the story of mother and son diverge- we see Renshu’s new life in America and Meilin building a new life for herself in Taiwan.

Fu’s story of the sacrifices a mother makes for her son, and the difficulties Renshu faces as an immigrant who looks very different from others is so beautifully told and creates such empathy in the reader for Meilin and Renshu. Peach Blossom Spring is one of the best books I have read in a long time.

Like Kate Quinn’s The Diamond Eye, Allison Pataki’s novel The Magnificent Lives of Marjorie Post fictionalizes the life of a woman who actually lived. Many of us have heard the name Marjorie Post, the heiress to the Post cereal fortune. Her story is an amazing one beyond just that. 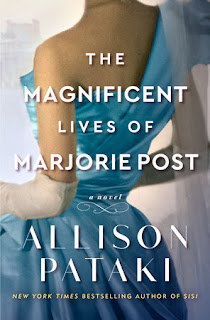 As a young child, Marjorie helped her father as he created breakfast cereal for the general public. As his only child, Marjorie inherited the company upon his death. The Post company became a conglomerate over the years, and one of the most interesting facts in this fascinating novel is that Marjorie Post brought frozen foods to the general public when she purchased a small company called Birdseye Foods. Her board of directors were against the purchase, stating that people would not want to buy frozen foods. She persisted, and that purchase solidified her company’s future as she changed the food business in this country forever.

Marjorie Post was a very wealthy woman, and while she was a brilliant businesswoman, she did not have the same prowess in her choice of husbands. She married and divorced three times.

Continuing with our WWII theme, Marjorie Post was married to a man who became the American ambassador to Russia just before WWII. I found the descriptions of life as the wife of an ambassador so interesting, and Post bought many of the treasures the Russian government was selling off, creating one of the most impressive collections of Russian art anywhere.

As I was reading The Magnificent Lives of Marjorie Post, I found myself saying “she knew who?”, “she did what?” “she went where?”. The title of this book could not be more perfect, Marjorie Post lived so many magnificent lives. I highly recommend it.

The Diamond Eye by Kate Quinn- A

The Magnificent Lives of Marjorie Post by Allison Pataki- A