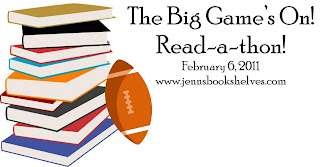 I finished two books, the Maisie Dobbs and Lisa Scottoline's, and alas, did not get to start She-Wolves.  The third Maisie Dobbs book was my favorite in the series so far, as the author got to really explore the trauma Maisie faced as a war time nurse. The scene with Maisie in the French cemetery was so powerful. I also liked the cases Maisie had to solve, and placing Maisie in immediate jeopardy gave the story a sense of urgency. Maisie's relationship with her mentor took an interesting turn as well. Winspear really pulled all of the pieces of the story together in a very satisfying manner.

Lisa Scottoline is probably better known for her thriller novels featuring women, but she also writes a column called Chick-Wit for the Philadelphia Inquirer, and this book is a collection of her columns. The essays are brief, and some are written by her daughter Francesca, who has graduated college and is starting out in New York City.

I enjoyed the juxtaposition of Lisa's essays on living alone with her five dogs and two cats in her home with Francesca's excitement at starting out and living in New York. Lisa is funny, and her column on her 'killer appliances' was hilarious, as she described her appliances (dishwasher, stove, refrigerator) all dying in the space of a few days. I think most of us can relate.

Francesca's essay about her mother's worrying about her going on a blind date and repeatedly calling and texting her daughter during the date is funny because every mother has gone through that moment of panicking when you can't reach your child. It was good to see it from the child's perspective.

Lisa also writes about her mother, who seems like a real pistol of a lady. Scottoline has previous essay collections, and after reading this, I want to read them to better know her family, especially Mom.

I didn't get my Aztec nachos though. My husband wanted a real dinner, so we ordered in from Ciao Bello Napoli, a new restaurant for us, and my Chicken Hero with mozzarella, romaine and sundried tomatoes was delicious.

Hope you all enjoyed your Super Bowl day- the game was a good one, with lots of action and it really came down to the last few minutes. (I hate blow-outs.) Congrats to all the Packers fans!