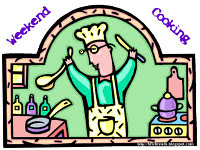 This year marks the 86th annual Feast of San Gennaro in Little Italy, one of the biggest festivals in NYC, and we were lucky enough to have our friends Barbara and Mike visiting.

We watched the annual parade from inside a restaurant on Mulberry Street that provided much more entertainment than the parade. The place was maybe half-full, but the staff was running around like   chickens with their heads cut off.

At the table next to us, a woman was justifiably upset as she showed her waiter the glass of wine that he brought her was dirty; it had a brown stain on that that looked like dried chocolate mousse. That table left.

We ordered two glasses of sangria that were served in large soda fountain glasses and did not taste like sangria. There was no fruit, no spritzer, it just tasted like watered down wine. The guys got Peroni beer, first served in tall beer glasses, the second round served in wine goblets. There seemed to be no rhyme or reason to what beverage receptacle one received.

We got two small pizzas that were tasty and came out to our table before our beverages. We were lucky; the table next to us waited forever for their food and when it finally came, it was not their order. It took them three tries to get it right. There were many waiters just wandering around, carrying trays of food asking people if this was their order. It was comical, almost like watching a movie. (Sure we could laugh, we got our order.) 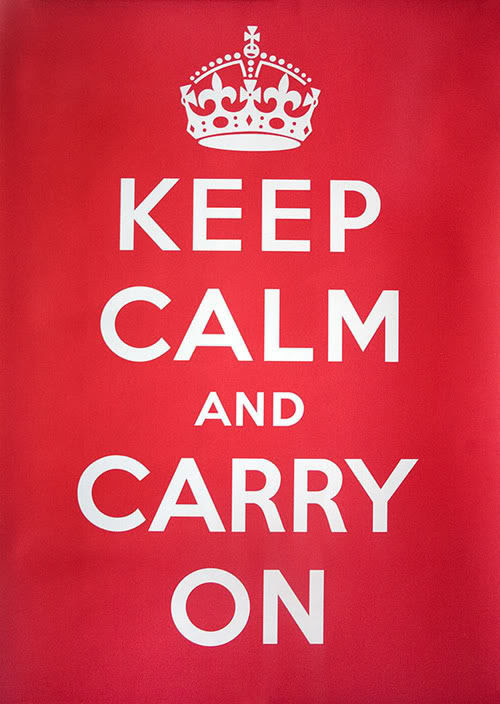 Then when the checks were brought, we noticed several tables saying their checks were wrong. (Ours was right.) The waiters were frazzled, the manager was screaming ("WTF Nesto?" was a popular refrain and is now my go-to phrase when things go wrong), and I just wanted to stand up and say "Keep Calm and Carry On." Our poor waiter wistfully said he was going back to Italy for a vacation; I'm not sure he'll return to this place.


Things looked up as we moved north up Mulberry Street. My husband was dying for sausage, peppers and onions, and he and Mike shared a sandwich from Marie's. 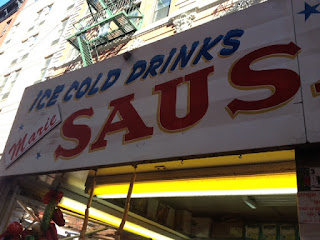 My favorite is the zeppoles, small balls of fried dough placed in a bag with confectioners sugar and shaken. We all shared those and even took some home for breakfast the next day. It was warm and melty and oh so tasty.

Mike likes cigars, so we stopped the cigar man who hand rolls the cigars in front of you. He also bought some torrone (a hazelnut nougat candy) for the trip home.

We stopped at another bar/restaurant and the guys had two more Peronis, while we ladies were reluctant to try any more sangria, but I did like their sangria container sitting at the end of the bar.

The highlight of the Feast of San Gennaro this year was the grand marshal, Miss Connie Francis. We ended up near the main stage and got in line to get a signed photo and the chance to meet her. By the time we got to her, she was getting very tired. She said she had fifteen minutes and then she was going home.

The festival was a lot of fun, and if you ever plan an early September visit to NYC, be sure to check out the Feast of San Gennaro. This year's lasts until September 23rd.  It helps if you fast the day before so you can taste all the goodies. We didn't even get to the cannolis or gelato this year!

Posted by (Diane) bookchickdi at 1:42 PM