New in Paperback- City of Women by David R. Gillham 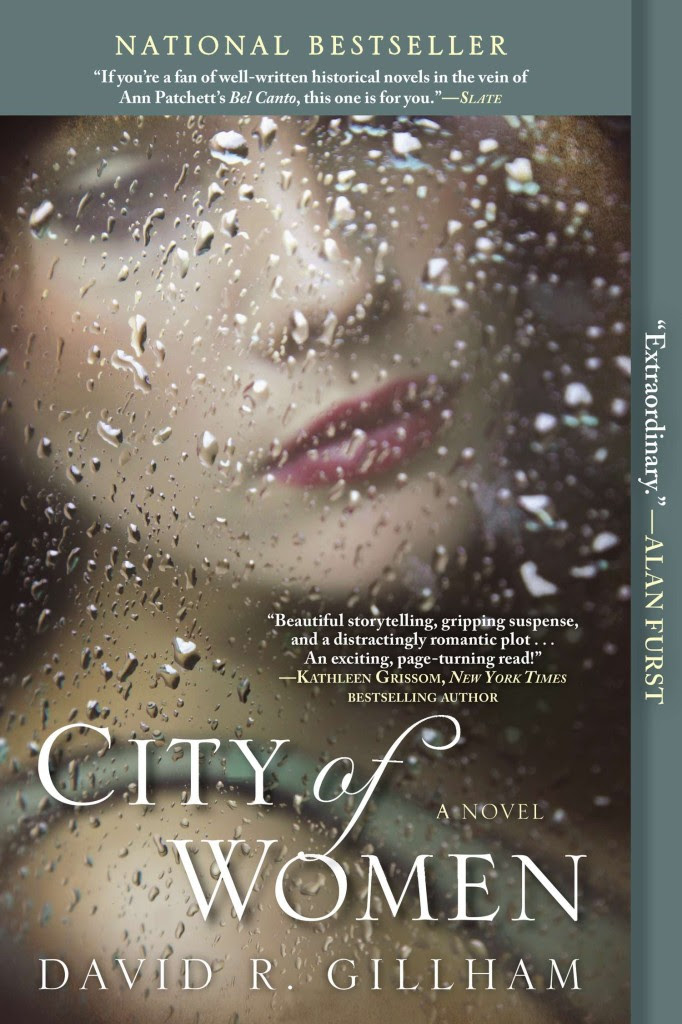 Author David Gillham's debut novel, City of Women,  has an interesting premise: in WWII Berlin, the city is filled mainly with women, as the men are off to war. I found the thought intriguing, a city where the women went to work, kept the home fires burning, but also actively supported the cause of war.

Or did they? Sigrid works at a factory and lives with her miserable mother-in-law while her husband is fighting at the front. She is unhappy, and one day attends an afternoon movie and begins a torrid sexual relationship with a Jewish man hiding in the movie theatre balcony.

Sigrid grows tired of pretending to be the supportive wife, the good German who believes that what her country is doing is right. She becomes curious about Ericha, the young mother's helper in the downstairs apartment, and when she discovers that the girl is helping to hide Jews, Sigrid reluctantly becomes involved after Ericha tells her

"Compromise is the lesson of the day. It's easy to do. A pregnant woman with a yellow star must walk in the freezing rain because Jews are barred from public transport. Just don't look. A man is beaten by the police in front of his children. Don't look. The SS march a column of skeletons, in filthy striped rags, down the middle of the goddamned street. But don't look," she whispers roughly. "You avert your eyes enough times, and finally you go blind. You don't actually see anything any longer."

We've all heard about the French Resistance, but I have heard little about the Germans who were covertly working against their country. There certainly were people there who followed their conscience, at their own peril.

When Sigrid's lover disappears, she is distraught. She becomes involved with her neighbor's brother, a brutish soldier who uses his connections take advantage of others. She hopes to use him to find her lost lover. Her Jewish lover reappears and asks her to help him with something illicit. Sigrid doesn't know whom to trust.

Meanwhile, Sigrid has become more involved in hiding Jews. She becomes attached to a mother and her two young daughters, believing them to be her Jewish lover's family who disappeared.

The author gives us a real look at what it's like to live in a war zone; some of the strongest scenes take place as the residents of the apartment hide from bombs being dropped. You can actually feel the claustrophobia of all those people locked in a small space.

There are many tense scenes in the novel; several times I felt myself gritting my teeth, waiting to see what would happen. Gillham wrote some brilliant characters, and placed them in situations that had me questioning if I would have the courage that Sigrid and Ericha showed.

This is the kind of novel that has you racing through the pages to finish, and yet once you did, you wanted to sit back and contemplate what you had just read for a long while. I loved the complicated journey that Sigrid finds herself on. I think it would be a fabulous film, with many great roles for female actresses. I would love to see that movie.

David R. Gillham's tour schedule for May is here.