Three Historical Mysteries To Take You Away

Reprinted from the Citizen:
Sometimes when the world today seems too crazy, it’s good to get lost in a story set in the past. And if there is an element of mystery and suspense to it, all the better. This month’s Book Report takes us back in time with three books that will keep you guessing.
Three writers — Karen White, Beatriz Williams and Lauren Willig — teamed up a few years ago to write a terrific novel, The Forgotten Room, and liked the experience so much they got together again to write another.
The Glass Ocean features three female protagonists telling their stories. Two of the women are sailing on the Lusitania ship from New York to England in 1915, and one woman in 2013 has gone to England to find out if her great-grandfather who worked on the Lusitania had any connection to its sinking. 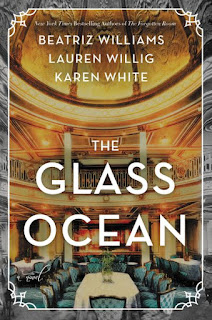 Caroline is traveling on the Lusitania with her wealthy husband, who is carrying a valuable piece of historical sheet music by Strauss that he sold to someone in England. Her husband seems very distracted on the boat, which concerns her.
Robert, a man from Caroline’s past, is also on the boat. Robert has very strong feelings for Caroline. She is torn between her love for her husband and her attraction to Robert.
A young woman named Tess is also on board the Lusitania. Tess and her sister have been paid to steal the sheet music and make a copy of it. Tess keeps bumping into Robert on the ship, and they form a bond, one that may endanger Tess’ task at hand.
The tension builds with the ship moving closer to England, as the reader knows that historically the Lusitania will be sunk by the Germans off the coast of Ireland. There are rumors that there are German spies on board the ship who are signaling the Germans with their location in order to sink the ship.
The Glass Ocean is filled with terrific period details, and the trio of writers clearly did a great deal of research to bring the reader right onto the massive ship. The mystery is masterfully plotted as well, and you will find yourself searching for clues to what is really happening on that ship before it is sunk. I highly recommend it.
Stephen Giles’ The Boy at the Keyhole is set in 1950s England. Samuel is eight years old, and left in the care of Ruth, the family’s housekeeper, after his mother suddenly leaves their home in the middle of the night. 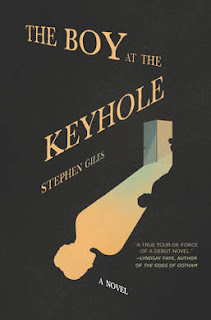 His widowed mother has supposedly gone to the United States to secure funding for the family’s factory, which is in a precarious financial state following the death of his father. But why didn’t she say goodbye to him? Why did no one but Ruth know about her leaving?
When Samuel’s friend spins a wild tale of Ruth murdering Samuel’s mother, Samuel starts to suspect Ruth as well. She acts suspiciously, and she won’t allow Samuel to speak with his uncle. He also catches her stealing from his mother’s jewelry box.
The Boy at the Keyhole is a taut psychological mystery, one that keeps the reader guessing all the way to the stunning conclusion that you will not see coming. Buckle up — this is a book you will want to read in one sitting.
Daniela Tully’s Hotel on Shadow Lake is set in two time periods — World War II and current day. The book is set in motion in 1990, when an elderly German woman Martha Weisberg receives a letter from her brother, dated 1944. Shortly after receiving this letter, Martha disappears. 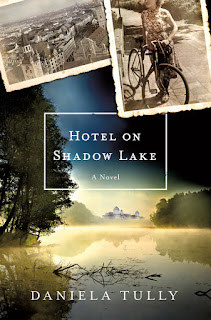 In 2017, Martha’s granddaughter Maya is told that Martha’s dead body was excavated at a famous mountain resort in the Catskill Mountains, not far from where Maya studied in New York. How did her grandmother get to America? No one knew she had gone there.
Maya goes to the hotel to find out what happened to her grandmother, and gets involved with the family who has owned the resort for many years. Could they hold the answer to the mystery of her grandmother’s death?
We also go back in time to World War II Germany, where Martha is a young woman living with her mother and brother, who is a proud Nazi. Martha becomes part of the resistance and must keep her distance from her brother if she is to survive.
Hotel on Shadow Lake is a crackling good mystery, and both time periods are evenly interesting. Fans of World War II fiction will want to add this to their list.