The Friday 5ive- May 3rd Edition

We're rolling into May, let's hope that the warm weather is here to stay. Here are five things that caught my attention this week.

1) For the past few years, there has been a family of ducks who appear every spring in the fountain of the apartment building next door. The mama duck comes and has her babies, and it draws quite a crowd. I was walking home from work and saw the crowd, and the dog standing on his hind legs made me laugh. Even the dog says "How did they get here, right in the middle of this busy street?" 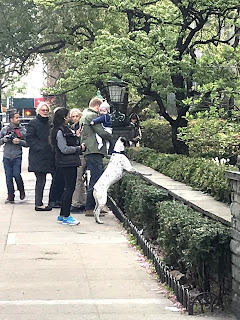 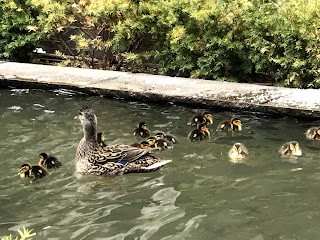 2) I don't have a TV in our kitchen, so I got an Echo Show from Amazon. I listen to news podcasts in the morning, and while I'm making dinner, I watch old sitcoms on Amazon Prime Video. I don't have to pay close attention to sitcoms, so it's easier to watch. So far I have watched three seasons of "Family Affair", four seasons of "Cybill" (where the world met the brilliant Christine Baranski), and now I'm into season two of "Love And War". Diane English, who created "Murphy Brown", followed that show up with this one in 1992. I vaguely remember watching it when it was on broadcast TV, and it's pretty funny. It's set in a restaurant in NYC and stars Jay Thomas ("Cheers") and Susan Dey ("The Partridge Family", "LA Law") in season one, replaced by Annie Potts ("Designing Women", "Young Sheldon") in season 2. One of the funniest things is the repeated number of Donald Trump jokes. Who knew? Check it out here. 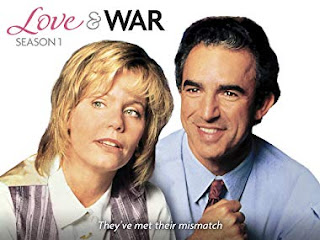 3) I started watching Ricky Gervais' new Netflix series, "After Life". It's a bit of a departure from his hilarious comedies, the original British version of "The Office" and HBO's "Extras". In "After Life" he plays a widower who cannot stop grieving the loss of his wife. It's quite moving, and it does have his sharp sense of humor in it. It really touches on what makes us human. I highly recommend it. 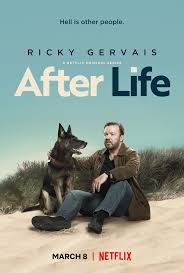 4) I'm reading a wonderful book-  Kelly Harms' The Overdue Life of Amy Byler. It's about a middle-aged woman whose husband up and moves away, leaving her and their two children on their own. Amy gets a job as a librarian at her children's school, and they start to rebuild their lives when three years later, her husband shows up and wants to spend a week during the summer with the kids. She reluctantly agrees, and goes to a reading conference at Columbia University in New York City for that week. Her teenage daughter's letters to her mom are the highlight of the book, making me laugh out loud at each one. I can't wait to finish this one, my review will follow on May 14th. 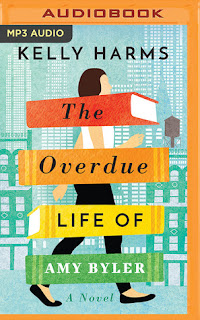 5) My husband and I went to see Cher's (final, final, final, final, she swears final) Farewell Tour Thursday at the Barclay's Center in Brooklyn. She is amazing, performing songs from six decades of hits, and there were so many costume changes. The crowd sang along to "The Beat Goes On", "Waterloo" (from her ABBA album), "If I Could Turn Back Time", "Do You Believe" and my personal favorite, "After All". Her funniest line was when she told the audience she was 73 years old and then asked "What's your Grandma doing tonight?"

Posted by (Diane) bookchickdi at 2:27 PM