The Friday 5ive is a weekly blog post about five things that caught my attention during the week.
This was a quiet week, I didn't do too much outside the apartment and work at the Book Cellar.

1) We have been watching the Showtime series, The Loudest Voice, about Roger Ailes and the ascension of Fox News. It's based on a series of articles in New York magazine by Gabe Sherman and it is very well done. Russell Crowe is unrecognizable and remarkable as the bullying, bombastic, creepy and paranoid Roger Ailes. He will surely be nominated for an Emmy for this. Siena Miller is also fantastic as his loyal wife Beth, and she is also unrecognizable under the makeup. Naomi Watts portrays Gretchen Carlson, who ultimately took down Ailes when she made audio recordings of his constant harassment (sexual and otherwise).  If you want to know how we got to where we are in American politics, you'll find some answers here.

2) The new Levain Bakery that opened up recently on the Upper East Side has a terrific mural on a wall in their store that caught my eye. It's got lots of the cool things in our neighborhood, but it is missing the Book Cellar. I'm sure it's just an oversight. 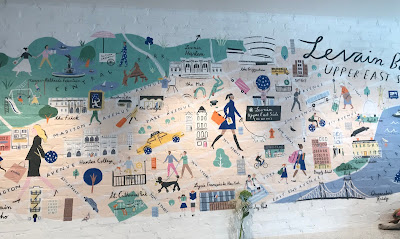 3) Have you heard of Yacht Rock? Apparently it's a new name for late 1970s/early 1980s West Coast soft rock (it used be called AOR- Adult Oriented Rock). I've been taking Jenn Sherman's Yacht Rock rides on Peleton bike and loving it. The Doobie Brothers, Christopher Cross, Loggins and Messina, and Michael McDonald, all the music I listened to while tanning in the backyard in high school. My only problem with the Yacht Rock Ride is that I keep spilling my chardonnay while riding. This is one of Jenn Sherman's Yacht Rock playlists- does it make you nostalgic? 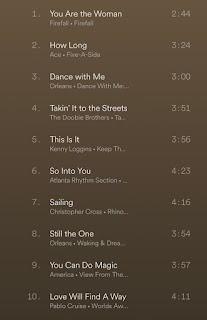 4) This week I worked on our Italy trip some more- here are some of the books I pulled out to prepare. I always like to read fiction set in the places I'm going to visit, as well as travel guides. 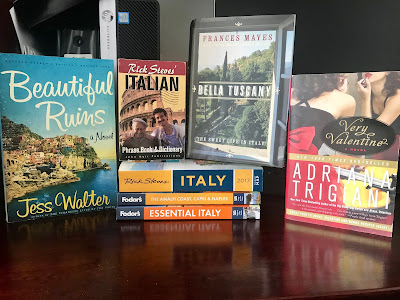 5) I finished two books this week- Laurie Gelman's You've Been Volunteered and Cara Wall's debut novel, The Dearly Beloved, which I picked up at the Book Expo.
Gelman's book is a sequel to the hilarious Class Mom, about Jen, an older mom who has two grown daughters born during her wilder rock groupie days, and now has a young son in first grade with her loving husband. She is called upon to be the class mom for her son and her funny and sometimes wildly inappropriate emails to the parents in the class had me in stitches. In the sequel You've Been Volunteered, Jen is back as her son's grade three class mom, and that means the inappropriate emails are back! This time Jen is also asked to coordinate the school safety patrol, which leads to misunderstandings and a little mayhem. I only wish there were more of the class mom emails in this second book, but there are still plenty of laughs in this one too. You can read an excerpt here. 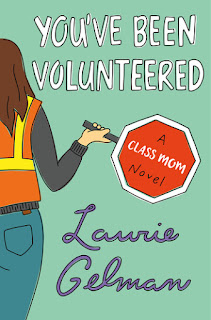 The Dearly Beloved is an emotional, moving book about two couples. Set in 1960's New York City, James is a pastor who wants to address wider social justice issues through his ministry, and his wife Nan is a pastor's daughter who has a very strong faith and wants to be a traditional pastor's wife. She also wants children, but she is finding that more difficult to achieve. Charles is James' co-pastor who wants to be a traditional pastor, helping his flock to understand the word of God, as well as with their personal problems. Charles' wife Lily was orphaned as a young girl and doesn't share Charles' faith in God. She wants to be an academic, and finds herself drawn into the problems of the world at large. This is a beautiful book, about faith, love, family and commitment to oneself and to one's spouse. This book will make you think and break you heart. It's one of the best books of the year. 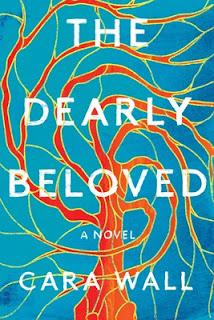 Posted by (Diane) bookchickdi at 8:10 AM