Welcome to the Friday 5ive, a weekly blog post featuring five things that caught my attention this week. This week we went back to Tuscany, even if only virtually.
1)  I saw Bobby Flay on the Today Show, talking about his trip to Italy. He cooked a Ragu of Beef and Red Wine with Fresh Fettucine, and  I decided to make it for dinner that night.  It reminded me of the delicious cingale (wild boar) pasta dinner we had in Montelpuciano at a favorite little restaurant of our friends and traveling companions, Osteria di Porta Al Cassero. Luckily our neighborhood Italian grocery store has fresh fettucine, and all of the other ingredients I needed. It turned out really well, but it would have been better if we had cingale instead of beef and pork.
2) Continuing our Tuscan theme, we did a virtual wine tasting on Thursday night with Alberto from Cortona Wine Tours. We met Alberto through AT Escapes, a NYC company who arranged our wonderful  trips to Italy in 2018 and 2019. We tasted two Brunello wines, and Alberto gave us an overview on the wineries. It was good to see him again, and we are enjoying our virtual wine tastings with family and friends. If you enjoy a good wine, a virtual wine tasting is a fun activity you can share with friends. You can find Cortona Wine Tours on Facebook, Instagram and here.

3)  Following our wine Zoom, I jumped on a Zoom hosted by the New York Public Library. Amber Ruffin, a writer/performer on Late Night With Seth Meyers on NBC and host of the Peacock show, The Amber Ruffin Show, and her sister Lacey Lamar were in conversation with Alison Stewart about their book, You'll Never Believe What Happened to Lacey: Crazy Stories About Racism.  Amber and Lacey grew up in Omaha, where Lacey still resides. The book is filled with true stories of things that people have said to Lacey. The one story that Amber likes best is when Lacey was cashing one of her checks that feature  different photos of historical Black figures on them. The clerk looked at the check and said to Lacey- "How great is that- you have your own picture on the check. How did you do that?" The picture was of Harriet Tubman, and Amber told us, that yes, it is that famous photo of Harriet Tubman that was on the check.
Lacey said that the book's stories came from a binder she kept of things that people said to her. She has enough for a binder. Alison asked her if people's attitudes changed when Obama was elected, and Lacey said yes, that some white people she worked with were angry when that happened. They said that America was going to hell. When Trump was elected, it became worse. She said overnight it changed, people told her that their leader was elected, and their behavior became egregious. I just received my signed copy of their book from Oblong Books in Rhinebeck, and my review will publish in the next few weeks. 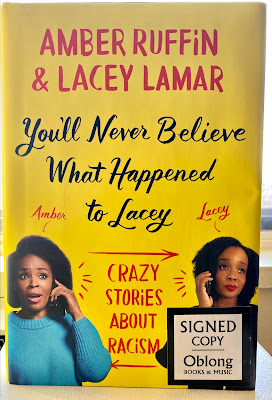 4)  We watched Da 5 Bloods movie on Netflix this week. Spike Lee directed this critically acclaimed story of four Black Vietnam Vets who return to Vietnam to find the remains of their buddy who died in battle- and to find the gold bars they found and buried there. It's an astonishing film, the cinematography is stunning, and the performances by Delroy Lindo, Norm Lewis, Isaiah Whitlock Jr., and Clark Peters as the four returning vets and Chadwick Boseman as their dead friend, are fantastic. The film just won the National Board of Review Award for best film, Lee won for best director and it is well deserved and Delroy Lindo is a front runner for an Oscar nomination as best actor. I highly recommend this film. You can watch the trailer here.

5) I read three books this week. I read two books in a new WWI spy series by Kelly Oliver. We meet Fiona Figg, a file clerk for Room 40, the British spy agency. Fiona is plucked to get information on a South African big game hunter and newspaper reporter to discover if he is a German spy. While undercover as a male doctor, Fiona deals with agents, double agents, and a dead countess in Betrayal at Ravenswick. In the second book, High Treason at the Grand Hotel, Fiona is sent to Paris to continue her mission. Here she gets involved with real-life people like Mata Hari and and infamous serial killer. Both books are good reads for those who enjoy the Maisie Dobbs and Maggie Hope historical mystery series. My review of both books are here. 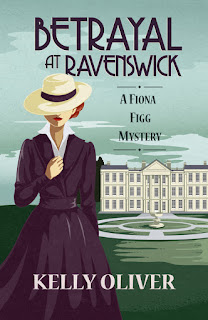 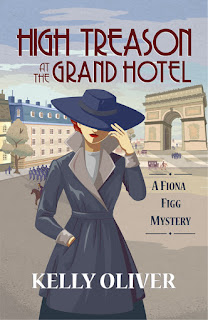 I'm almost finished with Melanie Chartoff's memoir Odd Woman Out- Exposure in Essays and Stories.  I remember Melanie Chartoff from her days on ABC's late night answer to Staurday Night Live, Fridays. She was beautiful and hilarious, and she has such distinctive voice. While this memoir has a little backstage Hollywood gossip, it's her story of a life trying to hone her craft and find her authentic self. I found her stories about her family, especially her mother's heartbreaking life, most moving. She's a good writer, drawing the reader into her life, from Off-Broadway to Broadway to TV to ending up on Rugrats cartoons, where most people recognize her voice. I'll have a full review on Monday. 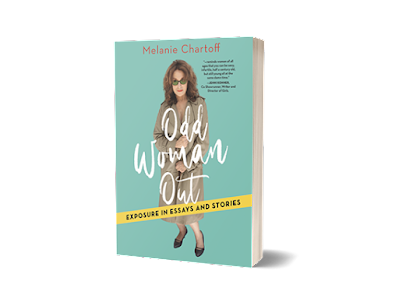 Stay safe and socially distant, wear a mask, wash your hands and get a vaccine when it's your turn.
This post was shared at The Intrepid Reader.  You can more food related posts there.