Help For The Haunted by John Searles 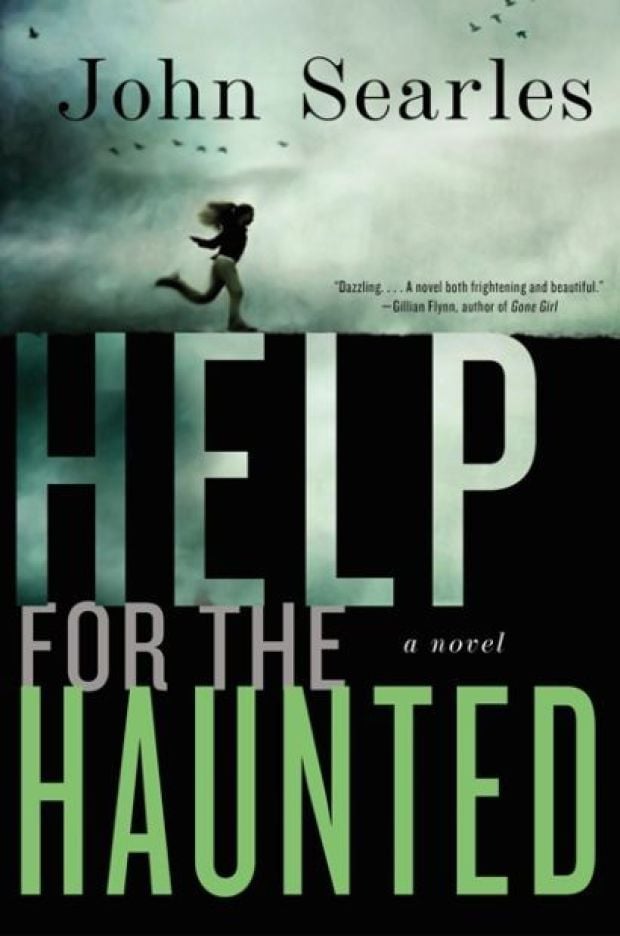 The recent movie The Conjuring recounts the story of Ed and Lorraine Warren, a Connecticut couple who specialized in ridding homes of demons and ghosts. Author John Searles grew up in the same town as the Warrens and recalled seeing them at church and in the grocery store.

His new novel, Help For The Haunted features a fictionalized version of the Warrens, Sylvester and Rose Mason. The Masons have made a living helping people who feel there are demons or ghosts in their home, or have family members possessed by some evil force.

The Masons have two daughters; Rose, an angry young woman at war with her parents, and teenage Sylvie, who tries always to be the good daughter. A local reporter wrote an unflattering book about the Masons, questioning whether the Masons actually helped people or it was all a ruse.

The book opens with the Masons getting a late-night phone call, which happened often. This time, though, it was young Rose who had been sent away to boarding school. She wanted her parents to come meet her at an abandoned church to talk over their problems.

Sylvie goes along and waits in the car with her mother while Sylvester goes to talk to young Rose. A long time passes and the older Rose goes inside the church to see what is happening. Sylvie falls asleep and is awakened by two gunshots. She rushes inside and finds her parents dead.

The rest of this terrific novel mixes a murder mystery with a coming-of-age story, adding a dash of the supernatural and generally scaring the heck out of the reader. Sylvie ends up living with her sister, who is still angry and barely cares for herself, let alone her young sister.

Sylvie had named the man whom she believed she saw in the church after her parents’ murder and he was now in prison. But Sylvie was having doubts. Did she really see this man or was this something she had been led to believe? She must discover the truth.

We see Sylvie’s life with her parents told in flashback. Her parents were devoutly religious, and they traveled the country speaking about their work, as well as helping people who send for them.

One young girl is particularly troubled. Her father sends for the Masons, and as a last resort, the Masons bring the girl to live with them. The girl stays in their basement, where Sylvester has set up his “office”.

The basement plays a big role in the novel, almost a character unto itself. Also involved in the mix is an oversized Raggedy Ann doll, which ends up locked in a cage. (Searles got the idea for the Raggedy Ann doll from one his own mother had.)

The genius of Help For The Haunted is that Searles successfully combines so many genres. He gives you a heroine to care about and empathize with, some scares and chills along the way, a dysfunctional family with a secret, all the while trying to solve a murder mystery. The solution to the mystery is surprising, and I doubt that many people will have figured it out before the big reveal.

Sylvie is an intriguing young heroine; she belongs up there with Stephen King’s Carrie, Roald Dahl’s Matilda and even Harper Lee’s Scout Finch. Searles has written such a real, honest, believable character. Her outsider status is one that many readers can identify with.

All of the characters are richly developed here. Even a minor character, like Dereck, an old high school boyfriend of Rose, is so fully realized and I admit to a little bit of a crush on him. Uncle Howie is an interesting character as well; we don’t really know what the deal is with him. Does he love his brother or despise him?

With Halloween on the way, this is the perfect time to read Help For The Haunted. If you like a brilliantly written scary book, one with interesting characters and a puzzle of a mystery, pick this one up. Just be sure to leave all the lights on while you read. And lock the basement door.

Diane LaRue is a member of the National Book Critics Circle and blogs about books at http://bookchickdi.blogspot.com. You can follow her on Twitter @bookchickdi and she can be emailed at laruediane2000@yahoo.com.

Posted by (Diane) bookchickdi at 3:08 PM