Weekend Cooking- I Got a New Crockpot

I'm also joining Trish's Pin It and Do It Challenge this month. I'm going for Pin Obsessed, since I have already tried three pins that I describe in this post. Trish's link to the challenge is here. 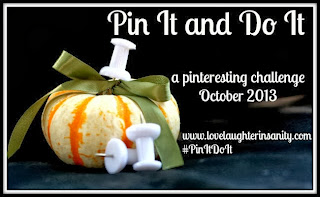 When we moved to NYC five years ago, our apartment kitchen was much smaller than the roomy one back home. In order to use my crockpot, I had to keep it on top of the stove because there was no counter space.

One day, I had the crockpot on top of the stove and mistakenly turned on the burner next to it. The flame burned the front of the crockpot, and the control panel kinda, sorta melted a little bit. As it turns out, I could still use the crockpot, but it was tricky trying to turn on the different settings.

Finally after four years, I decided this was ridiculous and maybe a wee bit dangerous, so I bought a new All-Clad Slow Cooker because it was on sale at my local Sur La Table and I had a coupon. So now I had to use the crockpot to break it in.

I turned to Pinterest to find some new recipes to go onto the crockpot and lucky me, I hit on three good ones right off the bat. The first one I tried was Slow Cooker Balsamic Beef from ShugarySweet.com. I made it for our Sunday dinner and it made such a tasty gravy, we really liked the balsamic flavor. I served it over mashed potatoes and all four guys enjoyed it. I was a little disappointed that the next day's leftovers, which I served over egg noodles, was not as tasty. It was much better over the potatoes.

Next up I made Chicken Philly Cheesesteak Sandwiches from foodfamilyfinds.com, which were so easy. Two tablespoons of butter, add sliced onions and green peppers, top with sliced chicken breasts and let it cook. I worried that there was not enough liquid, but it wasn't a problem. Toss them on a hoagie roll, add provolone cheese and melt under the broiler. (Pay attention to this, I burned my first two ones because I forgot they were under the broiler.) I don't like peppers and onions, but I loved this dish.


The third recipe I made was Crockpot Brown Sugar Balsamic Glazed Pork Tenderloin from laurassweetspot.com. Again, I am not a big pork tenderloin fan, I always seem to over cook it and dry it out, but this turned out so juicy and had so much flavor. Maybe it's the balsamic vinegar that is the big winner here as I used it in two recipes and they were both wonderful. With the leftovers, I made pork sliders with Trader Joe's Carolina Gold BBQ sauce and topped them with cole slaw. They were yummy.


What are your favorite crockpot recipes? Let me know in comments.