The Sisters by Nancy Jensen 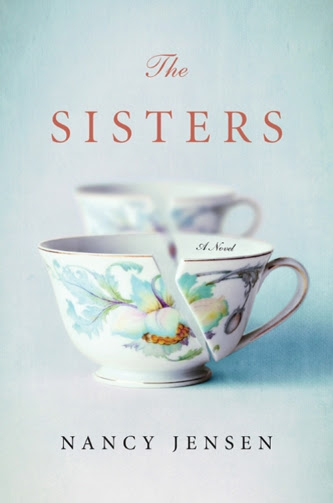 This novel covers a lot of ground, telling the story of the Fischer sisters, Mabel and Bertie, beginning in 1927, and ending in 2007. It is a tragic story, full of violence, sacrifice, good intentions and misunderstandings. Mabel does her best to protect her younger sister Bertie from their abusive stepfather after their mother dies in childbirth. Things don't go as planned, and Mabel and Bertie end up estranged.

What follows are their individual stories: marriages, pregnancies, raising children, building careers. Mabel and Bertie's stories are interesting, but I do wish we had seen more of Mabel and her daughter Daisy's lives. They seem to have gotten shorter shrift than Bertie and her daughters and granddaughters. Bertie becomes closed-off after believing her sister abandoned her, and although she finds the love of a good man, she is never really happy. Her character is reminiscent of Elizabeth's Stout's Olive Kitteridge, and fans of that book will like The Sisters.

The theme of the book is that you really don't know what has happened in someone's life that makes her the person she becomes. Bertie says, "Something can happen to change your life so sudden, you can't ever get over it fast enough. And so you do things that you wouldn't have ever thought of doing. Maybe hurt other people. And that changes things for them, too, all in a line". Bertie compares what happened to her as the same thing as going through a war. What she doesn't know is that Mabel ended up becoming famous for photographing soldiers before going to war and upon their return, so the war theme applies to both of them.

I do think that this book makes you empathetic to people in your life; you realize that you don't know everything that has happened to a person that affects her. Many people who read this book may come to the conclusion that their parents did the best job they could, as children in the book eventually learn. Mothers hurt their children, unintentionally or not, and they in turn hurt their children. I think the author believes that it is time to forgive and move on to break the chain of hurt.

The Sisters is sad book, and I find violence against children and women hard to read. There are a few scenes that will cause you to gasp.  If you are depressed, this book may make that worse, but if you want to learn about the human condition, this is an emotionally cathartic novel.