Weekend Cooking: The Life of Objects by Susanna Moore 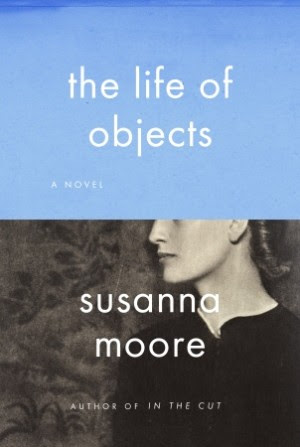 Some books I like right away, some take me longer to become invested in. The Life of Objects took me awhile, but once it got a hold of me, it didn't let go until the emotional end. Beatrice (known as Maeve) is a young girl living in a small town in Ireland. She has a talent for making lace items, and one day a mysterious woman comes into her father's shop, sees Maeve's work, and tells her she would like to take her to Germany to work for her wealthy friends.

Maeve agrees and is drawn into the world of the Metzenburgs. Felix is a learned man, one whom loves his books and all of the objects on his family estate. His wife Dorothea is much younger, and they are both kind to Maeve, as she becomes not only a servant, but someone they take into their lives. Germany is on the cusp of World War II, and Felix refuses to be a part of the Nazi party. At first, it is not a problem as they live in the countryside. As the war continues over the years, and Germany becomes more isolated, things become worse for the Metzenburgs.

The author draws us into the horrors of war through the eyes of this wealthy German family. It is interesting to see the war from the point of view of Germans, much like David R. Gillam's novel City of Women did. Although the British are the good guys, the  description of hundreds of bombers flying over Germany dropping their ordinance is described to frightening effect. When the Russians invade, their army takes revenge on the the Metzenburgs and the people who live in their home. That section was so difficult to read; the realities of war and what people do to each other in its name shows the worst of human nature.

One of the most interesting aspects of the novel is how the author uses food to show what happened to the family, and Germany. At first, there are sumptuous banquets of food served at each meal on beautiful objects, a feast for all the senses. As the war progresses, food decreases in quantity and quality, until there is almost nothing left. Yet the Metzenburgs share what they have with those in need.

At the first Christmas of the war, Maeve was invited to dine with the Metzenburgs and their guests.


"We were having smoked trout, partridges, potatoes Anna, and brussels sprouts, with apple tart for dessert, everything grown or killed on the estate. In the center of the table, four porcelain pheasant and a large porcelain turkey cock sat in the nests of holly. On a sideboard, a rhinoceros, a monkey, a ram a fawn and a lion, all in glazed bisque, stood around the tiny silver-and-velvet bed I'd packed in Berlin, patiently waiting for the Christ Child to arrive."

By the end of the war, Dorothea and Maeve were in Berlin, selling off whatever they had been able to hide in order to survive.


"We shared a pack of cigarettes a day, even though they made us sick. We consumed so much chocolate and tinned sardines and Nescafe with powdered milk that we sometimes spoke wistfully of our suppers of wild mushrooms and watercress."


If you liked City of Women any of Irene Neviromsky's novels, you should read The Life of Objects. This haunting novel took me on an emotional journey, and I was completely wrung out by the end.