Welcome to the Friday 5ive, a weekly blog post featuring five things that caught my attention this week.
Can you believe it's the last day of April already?
1)  Walking home from midtown, we saw this lovely lighted floral display on the exterior of Van Cleef & Arpels on Fifth Avenue. It really brightens up the corner. 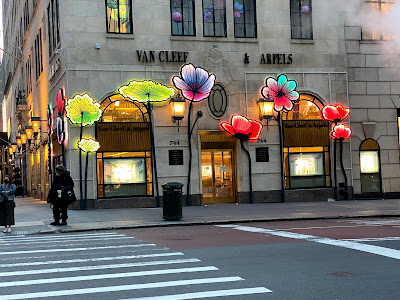 2) While running errands, I spotted this interesting (?) display in a store window of clowns in ferris wheel. I was just talking with a friend about her collection of clowns, but I don't think hers were like these Stephen King-type of clowns in the window.

3)  Author Lauren Willig is hosting a monthly read along of her wonderful historical fiction/romance/spy Pink Carnation series, and this week it was a discussion of the third book, The Deception of the Emerald Ring. Author Eloisa James, whose six book historical romance series, The Wildes of Lindow Castle, is equally enjoyable, was the special guest host, and the conversation between the two was fascinating and educational. They also added to all of the attendees To-Be-Read pile with their callbacks of books that influenced their writing. The Deception of the Emerald Ring is my favorite of the series so far (perhaps the Irish setting had something to do with it), I so enjoyed the snappy dialogue between Letty and Geoff.  You can watch the discussion on Lauren Willig's Facebook page here. 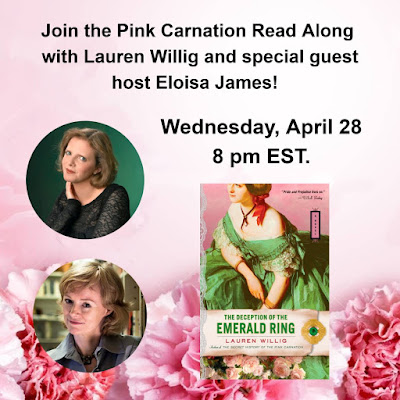 4)  I really enjoyed watching the NBC comedy series, Kenan, starring SNL star Kenan Thompson. Kenan plays a widowed dad of two young daughters, and the host of a local Atlanta TV morning talk show. Don Johnson is so funny as his father-in-law who lives with Kenan and helps with the girls. Throw in SNL star Chris Redd as Kenan's live-in brother and manager, and you've got a fresh, funny take on Full House. Kenan has been in television since he was a teenager (remember Kenan & Kel on Nickolodeon in the late 90s?) and he is so completely charming and at ease on camera. The bro chemistry between Johnson and Redd is hilarious, and I hope we get to see more of Fortune Feimster as reporter on the talk show in season two, she always adds such fun to any show she is on. You can catch Kenan on Peacock TV, and it's a free app. You'll laugh at the snappy, witty dialogue. 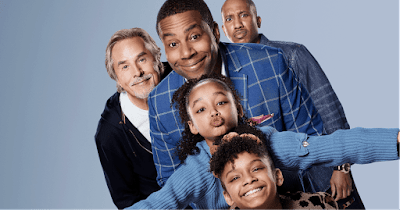 5)  I've done a lot of reading this week.  My favorite read of the week is Damhnait Monaghan's charming debut novel, New Girl in Little Cove, about a young woman who moves from Toronto to the tiny Newfoundland town of Little Cove to teach high school French. It's a mashup of the Broadway show Come From Away, TV's Schitt's Creek and Netflix's Derry Girls. I just adored this feel-good story, my full review will publish here on May 4th. 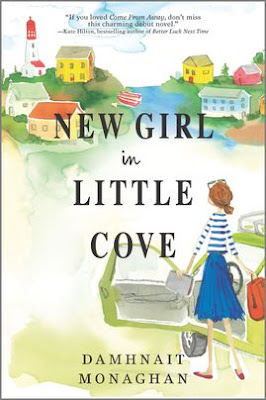 I hope you all stay safe, socially distant when necessary, wash your hands, and follow all the health guidelines for your area, including wearing masks when required. More and more of us are getting vaccinated and we're moving towards a return to the life we all miss.

Posted by (Diane) bookchickdi at 1:05 PM