Welcome to the Friday 5ive, a weekly blog post about five things that caught my attention this week.
I can't believe it's August already. Why does the summer go by in the blink of an eye, but the winters drag on?
1) It was a quiet week, but on a beautiful sunny Monday I walked nearly 50 blocks to the Barnes & Noble on Fifth Avenue to shop for children's books for a baby shower, a friend's new grandbaby, and a baptism. I was in my glory, spending nearly an hour in the store. The sales staff was very busy helping two other customers, and it took great restraint for me not to jump in and offer my assistance. But I did not. On the way home, I passed this massive, complete New York City block construction project in midtown. It looked like something from the Transformers movie. 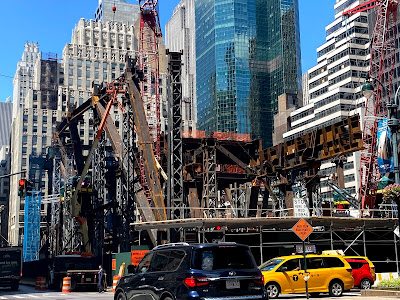 2) So many restaurants and small mom and pop stores closed during the pandemic on the Upper East Side where I live, it's exciting to see that a new business is planning on opening. This one is called The Picnic Basket, and I am waiting to see if Yogi Bear and Boo Boo will be behind the counter when it opens. 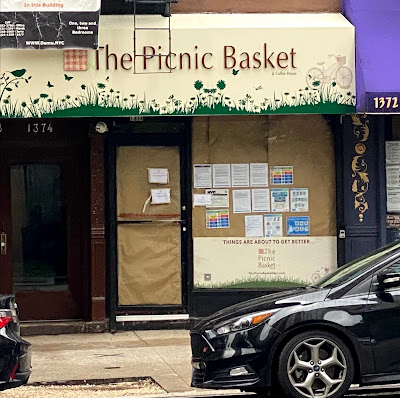 3) One of the books that occupies a spot on my coveted Favorites Shelf on my bookcase is Mary Karr's brilliant memoir Lit. Karr's first memoir, The Liar's Club, about her growing up in a dysfunctional family in East Texas in the 1960s, ushered in the many memoirs that now line up on bookstore shelves. She was a recent guest on Katie Couric's Next Question podcast, and it was a fascinating discussion. I found her speaking about becoming a Catholic as an adult, and how her peers and friends dismissed her because of it, so enlightening. Karr became a Catholic while a professor at Syracuse University (where she still teaches) and it was because of meeting an older Irish priest who helped her that it happened. Give it a listen and read Lit. 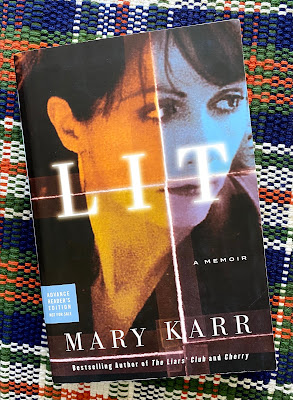 4) If you are missing Broadway, Apple TV+ has a treat for you- Schmigadoon!  Keegan-Michael Key and SNL's Cecily Strong star as a couple who have been dating for a few years and while on a outdoor couples retreat get lost. They end up in the town of Schmigadoon, which looks like the set of a Broadway show, complete with people breaking out in song and dance at the drop of a hat. In order for Key and Strong to be able to return home, they must find true love. Is it with each other? It's so delightful, filled with wonderful performances from Broadway stars like Alan Cumming, Kristin Chenoweth and Aaron Tveit. The songs and sets will remind you of famous musicals like Carousel and The Sound of Music. You will not be able to stop smiling or humming along. 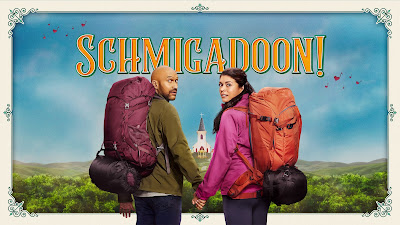 5) I read three books this week. Naomi Hirahara historical fiction, Clark and Division, follow a Japanese-American family as their lives are turned upside down when they are forced to move to an internment camp in California after the Pearl Harbor attack. They lose their livelihood, home, and possessions, and eventually are moved to Chicago, where their older daughter was sent to live. When they arrive in Chicago, they discover their daughter was killed when she jumped in front of a train. Younger daughter Avi doesn't believe her sister jumped and is determined to find out how her sister died. Hirahara does an amazing job balancing the mystery of a young woman's death and letting the reader see how this group of Japanese-Americans were treated during WWII, losing their American dream in the process. I highly recommend it. 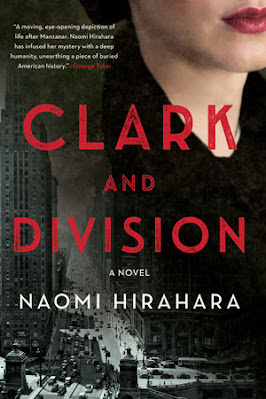 Sara Arnell's memoir of her midlife crisis, There Will Be Lobster, takes us through a very rough patch in her life.  Just as she faces life as a lonely empty nester, she loses her job as CEO of a once prominent advertising firm. She spirals downward, drinking too much, not showering, staying in her bed all day watching various Real Housewives on TV. Arnell packs a punch in this slim memoir, with most chapters just a few pages. It's riveting.  My full review publishes August 18th. 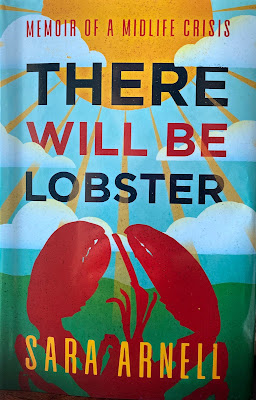 A few years ago, I read Laurie Gelman's hilarious novel, Class Mom, about a woman with two grown adult daughters and a son in kindergarten. Jen Dixon was such a terrific class mom for her two daughters, she reprises the role for her son's kindergarten class. Her snarky letters to the parents in the class became legendary, and the book made me laugh out loud. In the third book in the series, Yoga Pant Nation, Jen is now class mom for her son's fifth grade class, and once again we are treated to Jen's parent letters. She's also now a certified spin instructor and trying to find a job as a instructor, while also dealing with her aging parents who seem to be having some troubles. As a former class mom and current Peloton riding enthusiast, this novel was speaking my language. (I also loved Jen's loving relationship with her husband.) Be careful where you read this one, you'll be giggling out loud and people will wonder what you are up to. 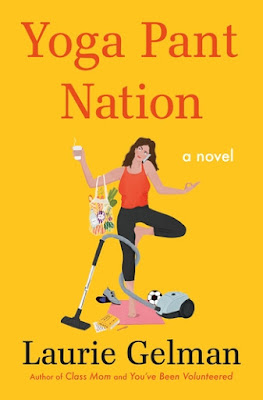 It looks like we are going backwards with COVID. Please be safe- get a vaccine to protect those who cannot, and wear a mask indoors. We can beat this if we work together.

Posted by (Diane) bookchickdi at 5:01 PM