Welcome to the Friday 5ive, a weekly-ish post featuring five things that caught my attention this week.
1) I went to my niece's baby shower last weekend, and it was so cute. She lives in a rural area surrounded by a lot of animals, so the woodland theme was perfect. The decorations were adorable, and everyone brought a book with a note inside written to the baby; I love that idea! One clever person really leaned into the book idea by bringing three Mo Willems books along with matching stuffed animals. The baby's bookcase is filled with all the classics- lucky baby. 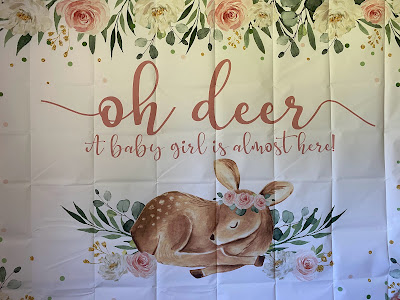 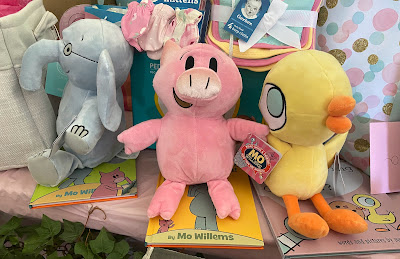 2) My local New York Public Library branch, Webster Library, set up their Summer Reading Program. They have a colorful sign out front and a table set up with free books. It was great fun watching the kiddies' eyes light up as they chose their free book. 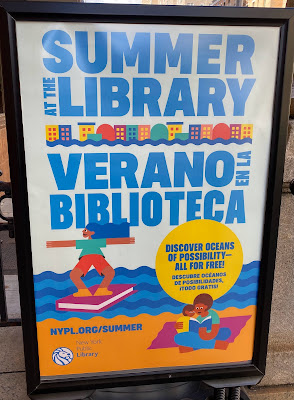 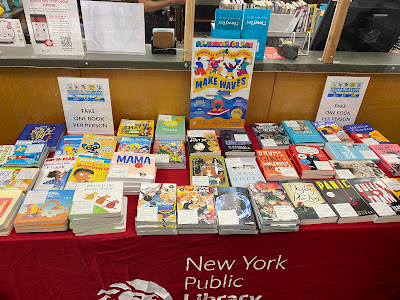 3) June is Pride Month, and we noticed that the Silvercup film studio across the East River from us in Queens had their usual red sign lit up in rainbow colors. 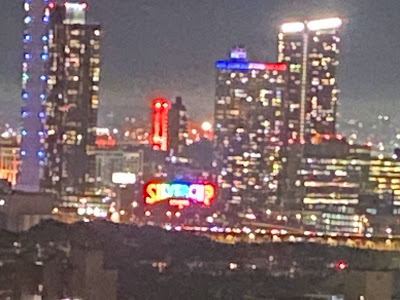 4) I finished watching the second season of Hacks on HBO. Jean Smart, who swept the awards season last year for her portrayal of Deborah Vance, a older female standup comic (think Joan Rivers), once again gave a fantastic performance. Deborah lost her job as the headliner at a Vegas casino and now has to figure out what to do next. She decides to tour the country with a revamped act, much different than her old one thanks to her partnership with a young female comedy writer she mentors. 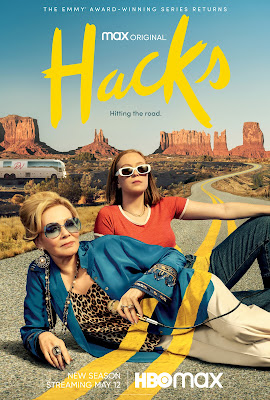 5) I read two very different books this week. The first one is a memoir, You'll Forget This Ever Happened, by Laura L. Engel. Laura was a senior in high school in 1967 when she became pregnant by her boyfriend. Her religious conservative parents are ashamed of her and send her away to a home for pregnant young women in New Orleans after her boyfriend refuses to marry her. Laura recounts her days at the home, where the young women sign away the rights to their babies, giving them up for adoption. We meet the other young women residing there, and Delli, a Black nurse who works in the nursery caring for the babies when they are born until they are adopted. Delli shows Laura kindness as they work together in the nursery. Laura wants to keep her baby and is devastated when her parents refuse to let her. It consumes her thoughts and life for a very long time. This is a heartbreaking story told with such clarity. You learn about a time not so long ago when young women had little agency over their lives. I highly recommend You'll Ever Forget This Happened. 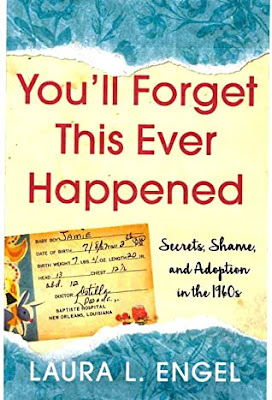 The other book is Cate Ray's Good Husbands. Three women each receive a letter from a young woman who says their husbands sexually assaulted her mother years ago and she is the product of that night. The women have to decide if they believe this woman or their own husbands. They work together to get at the truth. It's a thought-provoking psychological story that will have you asking yourself what would you do in their shoes. There is a shocking twist near the end that had me literally gasping. My full review is here. 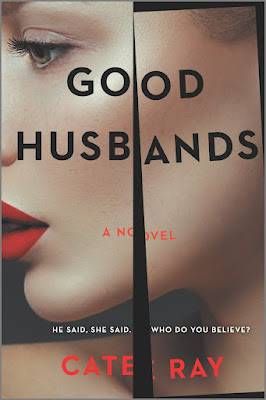 Have a happy, safe week. I'm off to enjoy some sunshine.

Posted by (Diane) bookchickdi at 2:12 PM