A Reader's Book of Days- February

A Reader's Book of Days by Tom Nissley 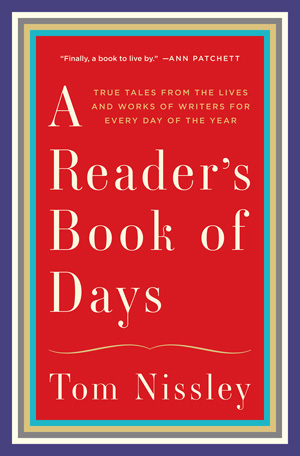 My father-in-law gave me a copy of Tom Nissley's A Reader's Book of Days, and since the book is broken into sections by month in calendar form, I decided to recap the entries each month. Here is January's post.

In the suggested readings for February, the ones that intrigued me most are:


Some of the most interesting February facts are:
I'll check back in March; it looks like a fabulous month so far.