This week's Friday Five comes to you from Longboat Key, Florida where we have been for the past week. Between the rainy cold first few days and the beautiful warm sunshine of the past three days, I have gotten in a lot of reading and catching up on Netflix and Hulu.

1) I read two big books- big in scope and page numbers. The first was Kate Quinn's The Huntress. I  received an ARC at the Book Club Girls' Night Out at Harper Collins last summer, where I listened to Kate and Jennifer Robson (The Gown) talk about their books. If you read Quinn's The Alice Network you will love The Huntress. It tells the story of female Russian fighter pilots in WWII,  and the hunt for a female Nazi who assassinated innocent Polish children during the war. It's brilliant and you will find yourself holding your breath as you read certain passages. (Full review to come) 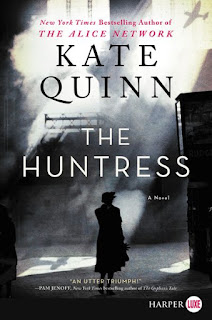 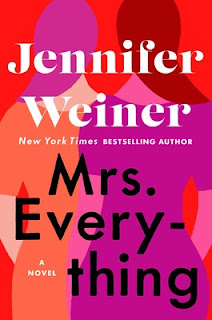 2) The second big book I read was Jennifer Weiner's upcoming  June novel Mrs. Everything, which tells the life story of two sisters from the 1950s to the current day. Beth is the pretty one who works hard to be the good girl, and Jo is her older sister who tries to fit the mold of what a good girl should be but just can't do it. We follow their lives through college, careers, marriage and relationships. It reminded me so much of Irwin Shaw's Rich Man, Poor Man, which I loved in high school. It's Weiner's best book yet. (Full review to come)


3) Tuesday was a rainy day all day, so I caught up on some Netflix, Amazon and Hulu series. I finished season 5 of Netflix's Grace and Frankie, starring the incomparable Jane Fond and Lily Tomlin. I have to say that this season didn't grab me as much as the previous ones, but it's still a shining star. I started and finished the fourth and final season of Catastrophe on Amazon Prime, created by and starring Sharon Horgan and Rob Delaney. It was a fitting end to this fantastic series, and I especially loved the sendoff they gave to Carrie Fisher, who played Rob's mom and passed away before the final season. I also started and finished the first season of Shrill on Hulu, starring Aidy Bryant from SNL. I love that Julia Sweeney and Daniel Stern play Aidy's parents, and Aidy is fabulous at playing such a complex character who doesn't always do the right thing. 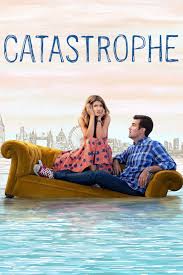 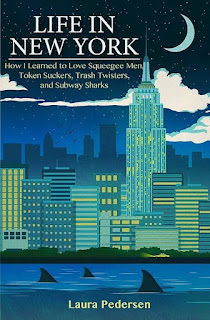 4) I read two shorter books- Susan Silver's memoir Hot Pants in Hollywood- Sex, Secrets & Sitcoms and Laura Pedersen's Life in New York. I would have enjoyed Silver's book if it focused more on her experiences writing for sitcoms and less on her sex life. I really liked Pedersen's book. I loved her book Buffalo Gal about growing up in Buffalo in the 70s (as will anyone who grew up in the snowbelt), and this book had me laughing almost as much.

5) I watched the Paley Fest live stream of one of my all-time favorite sitcoms, Parks and Recreation or Parks and Rec as the cool kids call it. Patton Oswalt moderated the panel with all of the stars of the show, (Amy Poehler, Adam Scott, Rashida Jones, Nick Offerman, creator Michael Schur, etc.) It was an hour of pure joy, and watching Aziz Ansari crack up at everything Chris Pratt said was priceless. It was definitely worth the $7.99 price to watch it.

I'm almost done soaking up the sun and it's nearly time to head back to NYC and reality. What did you do this week? Hit me up in Comments.

Posted by (Diane) bookchickdi at 9:49 PM