Reprinted from the Citizen:
March is set aside to celebrate Women’s History Month, and in that spirit, this month’s Book Report will feature novels written by women and set in different time periods.
Elizabeth McCracken’s “Bowlaway” begins at the turn of the 20th century in small New England town of Salford, Massachusetts. A woman named Bertha Truitt is found unconscious in the town cemetery with a bowling ball, a candlepin and some gold bars on her person. 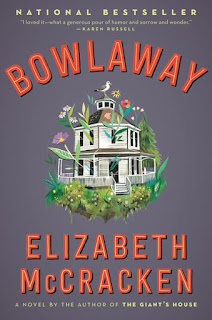 The entire town is curious as to where Bertha came from, but she either doesn’t know or won’t tell. She marries an African-American doctor, Leviticus Sprague, and opens a candlepin bowling alley in the town. (Apparently, this was a very New England activity.)
She hires two men, Joe and Jeptha, who are considered outcasts in the town. They are fiercely loyal to Bertha, and even when Bertha encourages the town’s women to bowl at the alley, people come to accept this unusual woman and her ways.
Bertha and Leviticus have a baby girl whom they dote on. When Bertha dies in a bizarre accident, Leviticus falls apart and sends the young child away to live with his family. Soon, a man named Nahum shows up claiming to be Bertha’s son from a previous marriage and wants to claim the bowling alley as his inheritance.
This intense story weaves its way through the years. We follow the large cast of characters throughout their lives, all revolving around the bowling alley. McCracken writes the novel with some magical elements within it, and it is a unique story, but she is such an amazing storyteller the reader becomes captivated by it.
Her characters and their journeys are fascinating and heartbreaking. We see how the past influences the present, and how secrets and choices can have such lasting consequences. McCracken’s writing is just stunning and lovely, and this book has received much critical praise.
“Bowlaway” is not for everyone, but if you are looking for a big, sprawling story set in a small bowling alley with characters who are unforgettable, definitely give it a try. McCracken’s previous book, “The Giant’s House,” also featured characters that are outside the societal norms, and is just as wonderful.
Taylor Jenkins Reid’s last book, “The Seven Husbands of Evelyn Hugo,”  (my review here) featured an Elizabeth Taylor-like movie star, and her story as told by a young journalist who has been chosen by Hugo to write her biography. It was fabulous and garnered much critical praise. 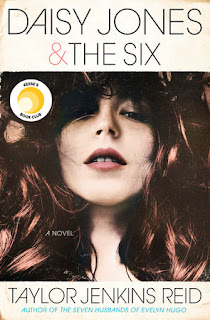 Her latest novel, “Daisy Jones & the Six,” is about a 1970s rock band, similar to Fleetwood Mac, who have a meteoric rise and fall after releasing a monster-sized hit album. This story also involves a journalist who writes this book as a series of interviews with members of the band, their producers, friends and others.
Billy Dunne begins a rock band with his brother Graham in their hometown of Pittsburgh. They eventually end up in Los Angeles, where they begin to have some success. Billy writes most of the songs and wants to be the one with final say on everything, something that rankles others in the band (now called The Six), including Graham.
Daisy Jones is gorgeous and a terrific singer. She signs with The Six’s record company and struggles with the fact that she wants to record the songs she has written, but the record producers want her to sing something else. Daisy also drinks too much and ingests too many drugs, and she has no one looking out for her, save her friend Simone (a Donna Summer-like singer).
The record company has Daisy sing a duet with Billy, and the song becomes a huge hit. Soon, Daisy joins the band and they become known as Daisy Jones & the Six, which angers Billy. The band tours arenas throughout the U.S. and Europe, and we see their love affairs, shifting alliances and fights as they become one of the biggest bands in the world.
Through the interviews we see how everyone feels throughout this, including Billy’s alcoholism and struggle to stay sober and faithful to his wife, Daisy’s drug use and many men, and the other band members' frustration at being left out of the creative process. It’s interesting to see everyone’s perspective on events, such as their first big album cover photo shoot.
If you have a worn-out copy of Fleetwood Mac’s famous album “Rumours” in a closet at home, “Daisy Jones & the Six” is for you.

Diane La Rue is a member of the National Book Critics Circle and blogs about books at http://bookchickdi.blogspot.com. You can follow her on Twitter @bookchickdi, and she can be emailed at laruediane2000@yahoo.com.

Posted by (Diane) bookchickdi at 4:56 PM