The Friday Five rolls on with five things that caught my attention. This week was a two-part one as well- we went back home to central New York for the weekend and returned to NYC.


1) We attended a fundraiser for Catholic Charities, which was held at the American Museum of Natural History near Central Park. I'd never been to an evening event there, and it was pretty cool. The cocktail hour was held in the main foyer, where the huge dinosaur fossil stands guard. Then we descended the stairs where the dinner was held under the Great Blue Whale model suspended from the ceiling.


2) We made a quick trip home to Auburn, NY where we attended a very successful fundraiser for our sons' Catholic School, St. Joseph School. It was so wonderful to see family and friends! We began our visit with dinner at my husband's favorite area restaurant, Rosalie's Cucina in Skaneateles. We shared their delicious warm spinach salad, and my husband had his favorite veal dish, while I had the Farfalle Con Pollo, which is fabulous and filling. At the end, they brought out their Banana Budino dessert, which is heavenly for banana lovers. Our dinner companions were a joy as well.

3) On Wedneday, I attended a matinee performance of Broadway's Hillary & Clinton, starring the always amazing Laurie Metcalf (The Conners) and John Lithgow (The Crown). The show takes places in 2008 in a hotel room in New Hampshire during the Democratic primary. It also takes place in an alternate universe, so things are slightly different. The show is fantastic, and the performances outstanding. It is hilarious one moment, and heartbreaking the next. At its core, it is about a marriage, and it's very poignant. I highly recommend it. 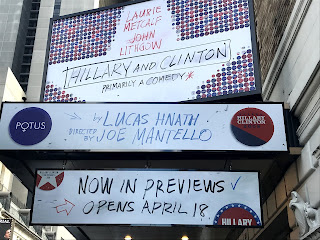 4) I watched Mrs. Wilson on PBS' Masterpiece. The story revolves around Alison who, while working as an typist for MI5 during WWII, meets the charismatic Alexander Wilson. They fall in love, marry and have two sons. Alex is a spy for Britain, so he is gone for long periods of time. When he dies at home in the early 1960's, Alison discovers that she is not his only wife. Her journey to find out the truth about his life drives this fascinating story. An interesting piece of the story is that Ruth Wilson (The Affair, Jane Eyre) plays her own grandmother Alison in this three-part series. Again, I highly recommend it.

5) There are two amazing books publishing on Tuesday, April 16th. I got to read  an early copy of Helen Ellis' essay collection, Southern Lady Code, which is laugh-out loud hilarious. While reading about her adventures in NYC, I felt like I was right there along with her, and I can hear her mother's Alabama voice in my head drawling "Helen Michelle" and then sharing her bits of Southern wisdom with her. If you need a laugh (or two or three), pick this up next Tuesday. 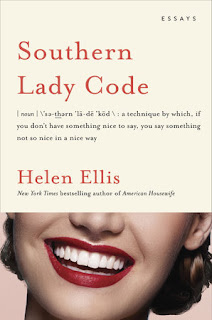 The other book I read was Stephanie Evanovich's novel, Under the Table, about a private chef who left her husband behind in the midwest to move to NYC with her sister. Her newest client is a millionaire who knows technology but is socially clueless. Zoey offers to tutor Tristan, and their friendship turns into something much more. Evanovich's books are always sexy and sassy, and who knew that a game of golf could be so hot. If you need a spring break read, put this one in your tote bag. 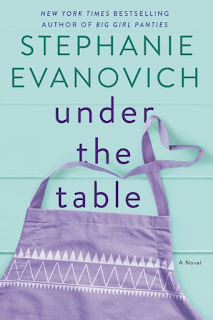 I hope you had a great week, let me know in comments what you found interesting.

Posted by (Diane) bookchickdi at 4:41 PM