Welcome to the Friday 5ive, a weekly blog post featuring five things that caught my attention this week.
We're now into fall, and the weather here in NYC has turned cool this week.
1)  We went to a wedding in the Hamptons on Saturday, and it was lovely. The reception was outside the Roundtree in Amagansett under a huge tent, which was appreciated. The passed hors d'ouerves were delicious- lobster avocado tostadas, beef sliders, and lamb meatballs were my favorites. The wedding band was terrific, they had all ages of guests up and dancing, and the floral centerpieces were so beautiful. It was a wonderful celebration. 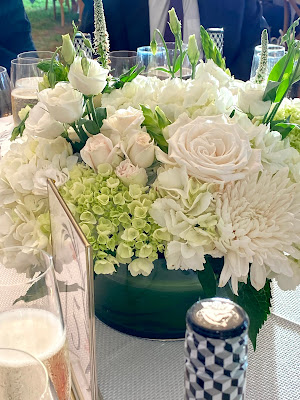 2) We stayed overnight at the Topping Rose House, a renovated 19th century home that is billed as "the only full-service luxury hotel in the Hamptons." It was pretty fancy, and the highlight for me was a library on the second floor, filled with books on all the shelves. There was even a book on the nightstand in our room, something you know I loved. 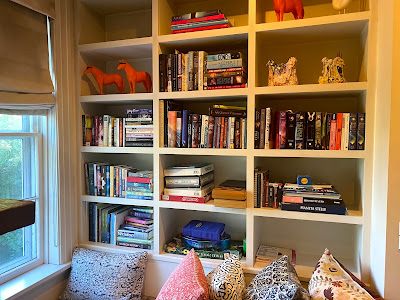 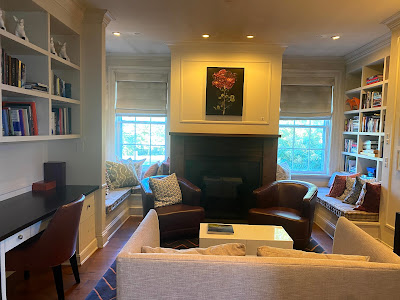 3)  The Topping Rose House has a Jean Georges restaurant, and breakfast was included with our room so we enjoyed Eggs Benedict and the best chocolate croissant I've ever had outside on their beautiful porch. 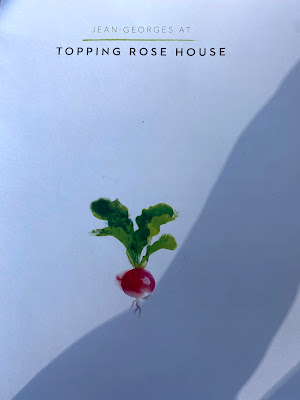 4) If you have any hockey fans in your group, check out Untold: Crimes and Penalties on Netflix. The documentary tells the story of the Danbury Trashers, a Conneticut minor league hockey team bought by a man with mob ties. Jimmy Gallante buys the team for his 17 year-old son to run. They became known for their overt violence, and their rabid fans. It's truly a crazy story, and if you remember the 1977 Paul Newman movie, Slapshot, you'll want to watch this one. 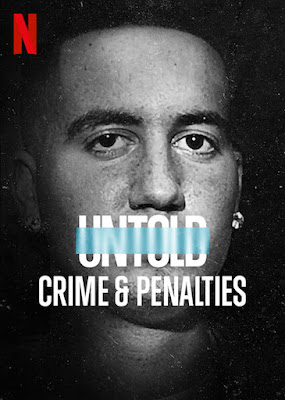 5) I've read four books in the past two weeks, two memoirs, a psychological suspense story, and a family story. Eleanor Henderson is a novelist I really like, so I was interested in her memoir, Everything I Have Is Yours- A Marriage. Henderson is a professor at Ithaca College, married to a man who has a chronic illness that may have a psychological basis. Her husband has rashes all lover his body that turn into painful lesions. Multiple doctors are unable to come to a satisfactory diagnosis or cure, and his suffering leads to severe depression. Henderson has to hold down a full-time job, care for her two young sons, and deal with her husband's illnesses. She's an amazing writer who illuminates what it means to love someone so deeply. 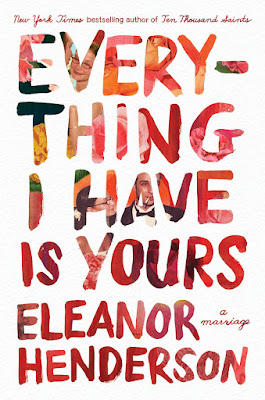 Qian Julie Wang's memoir, Beautiful Country, tells her story as a seven-year-old girl who leaves her home in China to move to Queens with her parents. As undocumented immigrants, Qian and her family have to be careful to stay under the radar, and avoid any situations that may draw attention to themselves. Her parents were professors in China, in New York they scrape by working in sweatshops (where a young Qian works with her mother after school) and in other low-paying jobs. Qian's savior becomes the library, where she teaches herself English. The book covers her life up to age twelve, when she earns admittance to a prestigious school filled with mostly white, wealthy students. It's a brilliant memoir, and it was the Read With Jenna September pick. Everyone should read this book to understand the perseverance of the human spirit. 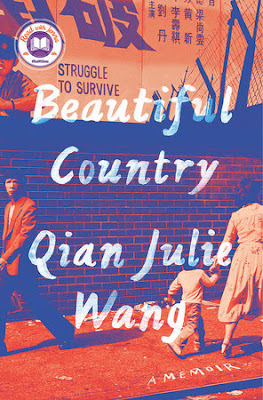 María Amparo Escandón's novel L.A. Weather shares the story of a Mexican-American family living in Los Angeles. Oscar, the father, has been keeping a secret from his family that will affect them all. He spends his days obsessed with the Weather Channel, and his wife, an artist, is fed up with his behavior and withdrawal. Their three adult daughters are all having marital crises that come to a head during this time. The characters are fascinating, and the family dynamic is enlightening. 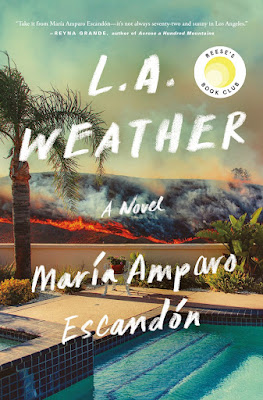 The last book I read is an egalley of a psychological suspense novel that publishes in March. John Searles' Her Last Affair intrigued me because of its setting in an abandoned drive-in theater. (My hometown still has a drive-in theater.) Skyla is a blind widow who is looking for a tenant for the cottage on her property. When Teddy comes looking for a place to stay, Skyla happily rents him the cottage and they begin to spend time together. Teddy reconnects online with an old girlfriend who is bored with her life and makes plans to visit him. Jeremy is a failed writer about to be evicted from his New York apartment when he takes a low-paying job reviewing a restaurant in Providence, where he used to live. While he's there, he plans to look up a woman he had a crush on. How these lives collide will keep you guessing up to the end, and Searles throws in a few twists that had me gasping. The abandoned drive-in setting is perfect for the creepy atmosphere, and I loved how Searles tied in the old movies with each chapter. Her Last Affair has such a cinematic feel to it, it would make an great film. Be sure to read this one when it publishes on March 1, 2022. 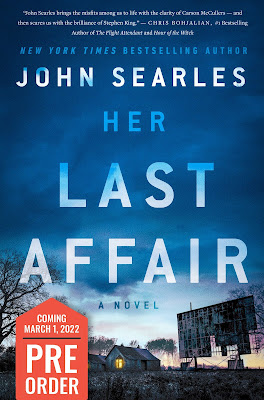 Stay safe and healthy everyone, be sure to wear a mask in public, wash your hands frequently, and please get a vaccine if you have not yet done so. Do it for those who can't yet get one.