Welcome to the Friday 5ive, a weekly blog post featuring five things that caught my attention this week.
1)  We went to Florida for the weekend with two other couples. While the guys golfed, the gals walked to the beach. We came upon this set up on the beach, not sure what kind of celebration it was- a birthday or engagement maybe? It certainly was lovely, and not something I have seen before on the that beach. 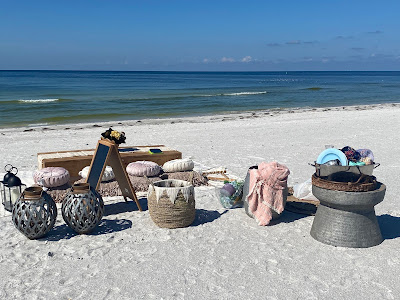 2)  After an early dinner one evening, we came home, sat around the fire pit, put on the local oldies (sorry Jim) radio station and had a sing-along. One of the gentlemen gave me a run for my money, knowing the words to just as many (maybe more?) songs as I did. I hope the neighbors weren't too upset as it went on until nearly 11pm. 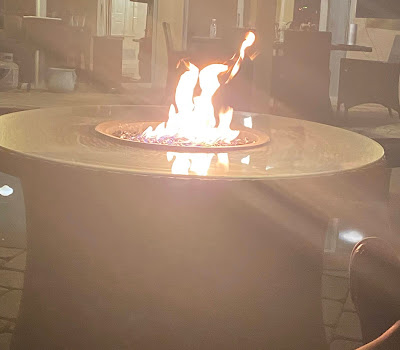 3)  This week I watched a Zoom with Hillary Clinton and author Louise Penny as they spoke about their collaboration on a novel titled State of Terror. The thriller is about a Secretary of State and her closest friend and advisor who team up to discover who is behind a series of terrorist attacks. Listening to the two friends talk about their writing process (Clinton writes in longhand, scans pages, and sends to Penny who is not used to working like that), how they became friends because of Clinton's childhood friend who befriended Penny, and writing a book for the first time with someone during a pandemic. It was a fascinating discussion led by author Will Schwalbe, and the fact that the main characters in this  thriller are "women of a certain age" definitely appealed to me.

4) With everyone watching streaming services, one of the best things I have seen in a long time is on broadcast TV. The new version of The Wonder Years on Wednesdays on ABC is such a fantastic show. Like the original, it's the story of a 12 year-old boy (Dean) and his family in 1968. Don Cheadle narrates the story as the adult Dean, and he is perfect for this. Elisha "EJ" Williams is amazing as Dean, and Dulé Hill as his dad and Saycon Sengbloh as his mom are wonderful. The older brother is serving in Vietnam, the older sister is dating, and I like that we see how the family deals with the things every family faces as well as with issues facing the Black community at that time. Watch this one, it's heartwarming. 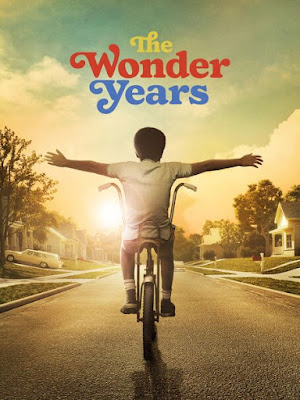 5) I read three books this week. Christine Pride and Jo Piazza teamed up for We Are Not Like Them, a novel about two lifelong friends- one a young Black TV news reporter, the other a white woman married to a Philadelphia policeman. We see how the aftermath of a police shooting threatens to upend their friendship as the story is told from both women's perspectives. Pride is Black, and Piazza is white and that adds an extra layer of authenticity to this thought-provoking and timely story. It's about friendship, race, and what justice looks like. I find myself still thinking about it a week after I finished it. It was a Good Morning America Book Club pick. 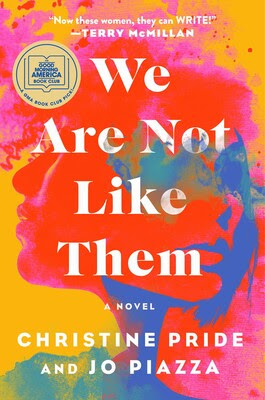 Jennifer Haigh is one of my all-time favorite authors, so I was excited to hear that she has a book publishing in February of next year, and I read an early egalley. Mercy Street is about Claudia who works at a women's health clinic in Boston. Claudia is a social worker who counsels women who find themselves pregnant. The clinic has to deal with protesters outside their clinic on a daily basis, some of whom are becoming increasingly emboldened. To deal with the stress, Claudia buys pot from Timmy, a popular dealer whose other client has a connection to Claudia (unbeknownst to her). Haigh's writing is superb, the way she crafts sentences and her descriptions of her characters just stun me. It's a timely book, like We Are Not Like Them. 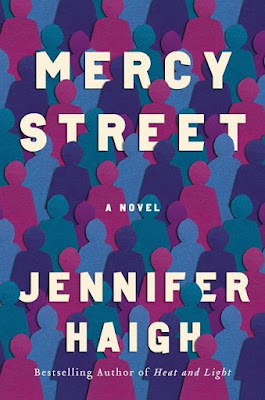 Jane Ward's The Aftermath deals with the fallout of the suicide of David, who owns a bakery with his wife Jules. David is heavily overleveraged financially, which Jules does not know. When he can't see a way out, he drowns himself. The book moves forward two years to deal with how the aftermath affects several people- Jules and her 14 year-old daughter Rennie, David's best friend Charlie, Denise, the cop who investigated David's death, and Daniel, the young banker who called in David's loans. They feel guilt, anger, sadness, and grief and struggle to move forward. It's a real heartbreaker. 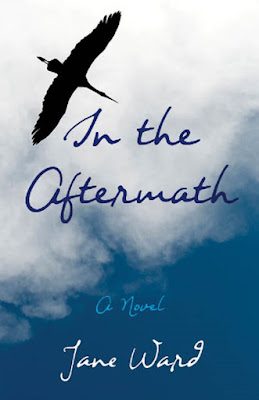 Stay safe everyone, continue to wash your hands, stay socially distant, wear a mask in public, and get a vaccine if you can. We're so close to beating this, we can do it if we work together.

Posted by (Diane) bookchickdi at 6:03 PM