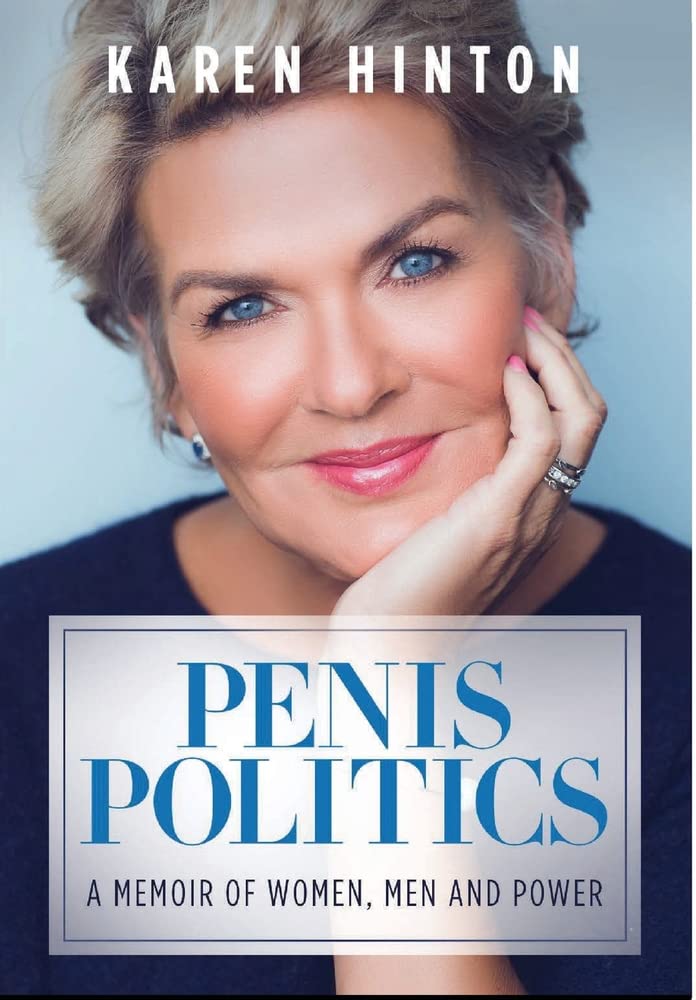 Karen Hinton's career in politics began in her small Mississippi town of Soso (population 408) as she recounts in her memoir Penis Politics. She grew up a child of the 70s, with a core group of three best girlfriends (called The Coterie).
When she was 14 years old, her father, a successful commercial contractor with a 8th grade education died, and that devastated her. When she was 16, one of her best friends was raped by their basketball coach, and swore her friends to secrecy. Those two events shaped her life.
One thing I find interesting is how Title IX, the federal law that banned sex discrimination in sports for schools who received federal funding, was a game-changer for so many young women. If schools offered sports for boys teams, there had to be an equal number of sports teams for girls. Many women who went on to do great things did so because they had sports in their lives, Karen included.
Karen went on to college at Ole Miss, which at that time was filled with mostly rich white kids. Karen came from a small, poor community and had a tough time fitting in. The movie All The President's Men inspired her to join the student newspaper where her tenacity and willingness to question authority led her to a bright future.
At the University of Mississippi, Karen met many literary luminaries. Willie Morris was a professor she bcame close to, and he brought in visiting writers like Winston Groom (Forrest Gump), George Plimpton, and William Styron to speak with students. Hinton has a particularly interesting interaction with a very drunk William Styron.
Following college, Hinton got a job at the Jackson Daily News where she climbed the ladder, looking for any interesting story she could sink her teeth into. I found this section of the book the most fascinating. Hinton's doggedness and search for justice intrigued me. It did not, however, intrigue her editors, one of whom killed an important story about the police chief who shot a Black man in the back at a campus protest years earlier.
Whenever anyone used the word "can't" with Karen- "you can't write that story, you can't run and gun in the game", it only reinforced her determination to prove them wrong.
Hinton became involved in politics as Press Secretary to Mike Espy, the first Black man since Reconstruction to get elected to Congress from Mississippi. From there, she made connections and got to know people like Ron Brown and Mike McCurry. Eventually she ended up as Press Secretary to Andrew Cuomo when he was Secretary of HUD in the Clinton administration.
Her description of Cuomo's demeanor and actions do not differ much from what we have recently learned about him. He fits her definition of "penis politics"- "a man in a position of authority using gender to control and dominate".
Hinton goes on to work (briefly) as Press Secretary for New York City Mayor Bill de Blasio, who frequently sparred with then Governor Andrew Cuomo. Hinton was caught in the middle, and often blamed by De Blasio for his own missteps.
"In politics there's a toxic brew of ego, entitlement, power, testosterone and a "bro culture" that is especially difficult for women to navigate", according to Hinton. Her timely book about her experiences in that arena shines a light on that pervasive culture.
My only real criticism is that I felt she spent too much time in the book on her youth and high school life, and she uses explicit sexual graphic language that some may find offensive. I would recommend the book for anyone who likes a memoir about a woman who defied expectations in a tough business. Her story will inspire other young women.
Thanks to TLC Tours for putting me on Karen Hinton's tour.

Posted by (Diane) bookchickdi at 8:22 AM