The Real Housewives of New York 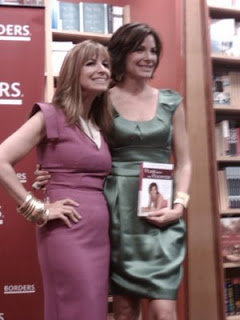 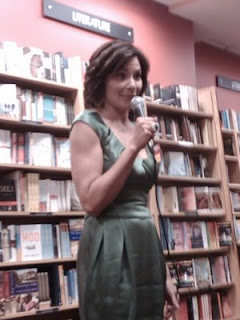 I attended a book signing at Borders Park Ave. in NYC for the Countess LuAnn de Lesseps for her "Class with the Countess". She arrived a few minutes late, explaining that she just came from the reunion show, and it sounds like it's going to be a doozy!

The Countess introduced her handsome son Noel and her housekeeper Rosie, "because tonight is taco night" as fans of the show will remember. The reunion moved to Borders when Bethenny showed up, with Bobby and Jill Zarin not far behind to support their friend. The flashes were flying furiously from all of the press cameras, everyone getting their photos taken. The crowd was very excited to see their favorites from the show.
Jill said that she was proud of the Countess for 'putting one of the housewives in her place' during the reunion show. When an audience member yelled out "it was Kelly!", the look on Jill and the Countess's face confirmed it. The women did seem a little keyed up; I can't wait for reunion night! (The Countess believes it will air on May 13th)

The Countess shared some of her story with the audience, which is an interesting one. She definitely had a lot of self confidence to do the things she did and take the chances she did to succeed. She signed books, posed for photos with fans, and genuinely seemed grateful that people showed up for her signing.
Posted by (Diane) bookchickdi at 8:39 PM