Welcome to the Friday 5ive, a weekly blog post about five things that caught my attention this week. It was a lovely week, weather-wise, with temperatures perfect for sitting outside and reading.
1) We found a new tasty cheese to add to our charcuterie platter- Yancey's Fancy Steakhouse Onion Aged Cheddar Cheese. Every person who tried it immediately asked me what flavor it was. If you like French Onion Dip and cheese, this is your new snack. 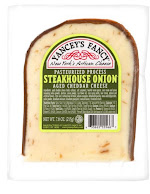 2) I watched a delightful Facebook Live with Adriana Trigiani interviewing two authors whose books I enjoy- J. Courtney Sullivan and Eloisa James. J. Courtney Sullivan's new novel, Friends and Strangers, captures the story of a young mother who befriends the college student she hires as her nanny. She is so good at getting you to empathize with her characters. I met Eloisa James at a book launch party for Beatriz Williams a few years ago and she was so lovely. Her historical romance novels are very steamy, with touches of unexpected humor. Both conversations were lively and interesting. You can watch it here.
3) The Democratic National Convention was held virtually this week and there were some terrific moments. For the roll call of states, we took a tour of the United States as people from each state were videoed from their home state to share their delegate vote. The Chicks performance of the National Anthem on Thursday was thrilling, with their harmonies blending so beautifully. But the moment that touched everyone was a 13 year old boy from New Hampshire, Brayden Harrington, who met Joe Biden on the campaign trail. Brayden has a stutter, and Biden took him aside and gave  him some advice that helped Biden overcome his own childhood stuttering problem. You could almost feel everyone cheering on Brayden through their TV screens as he told his story. What a brave young man!
4) If you are looking for a good belly laugh, download the Quibi app and watch Mapleworth Murders. It's a takeoff on Murder, She Wrote, starring the hilarious Paula Pell in the Angela Lansbury role. Each episode is 10 minutes long, and they release three episodes every Monday. Fans of 30 Rock and Saturday Night Live will love it. 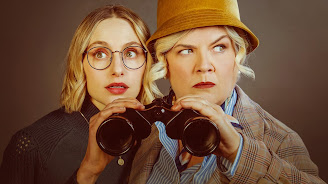 5) I read five books this week. Jacqueline Woodson's Red At The Bone is a slim novel that tells the entire story of three generations in a black family. It is a stunner. 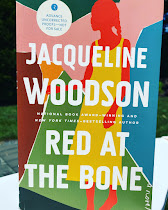 R. Eric Thomas ' Here For It is a funny and touching memoir about growing up black, gay and Christian. 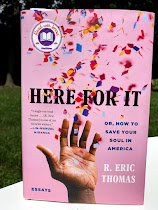 Sue Monk Kidd's The Book of Longings is a historical fiction about the wife of Jesus. It is a brilliant piece of work, and fans of The Red Tent will love it. 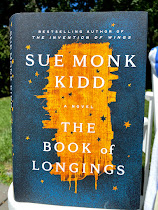 Foodie and romance fans should pick up Yaffa S. Santos' A Taste of Sage, which has lots of recipes inside for Dominican dishes. It's the tale of a female Dominican chef who loses her NYC restaurant and has to go to work for an arrogant chef. 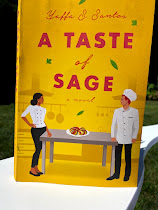 Byron Lane's novel, A Star Is Bored, is a fictional account of a Hollywood star's assistant that was based in part on his real life role as Carrie Fisher's assistant.