Many of the main characters in novels tend to be young females (age 30 and under), and since I am a little bit older than that, I enjoy finding novels that feature main characters closer to my age. I like being able to relate to their stage of life.

This month’s Book Report has two novels who have main characters who have lived a little, have more experiences in their lives to draw upon.

Jane L. Rosen’s novel, Eliza Starts A Rumor is set in a beautiful bucolic town in the Hudson Valley, a bedroom community a few hours from New York City. Eliza is awaiting a visit home from her twins, a son and daughter, who are in their first semester at college. 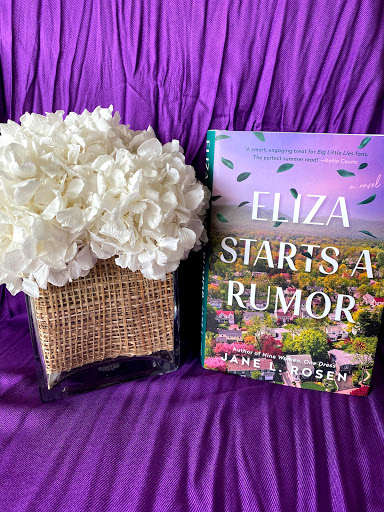 What her children and husband don’t know is that Eliza is suffering from agoraphobia. The thought of leaving the house to go anywhere, even to the grocery store, sends her into a severe panic.

This happened once before, when Eliza was in high school. For a number of months she refused to get out of bed, something that puzzled her mother and her best friend Amanda. This time around, she has a relapse after her children’s high school graduation.

Eliza has run the Hudson Valley Ladies’ Bulletin Board for fifteen years on social media. Mothers use it as a resource to discuss issues, like where are the best story times for children, and laundry tips.

A new mother’s group has popped up, one where women graphically discuss their sex lives and their husbands’ shortcomings. When Eliza finds out that this group has more followers than her group, she decides to fight fire with fire.

She notices that a man is always stopping by her neighbor’s house during his morning run, and she makes up a story about two people who are having an affair. Her post gets a lot of attention and more followers, but it also causes big problems.

When Olivia, a young mom, reads this, she thinks it is her husband who is having an affair. She meets Allison, a lawyer who is a single mom to her child. Allison starts a friendship with a woman on the social media board who is not what she seems, and she meets a single dad of a tweenage girl, whom she begins to date.

Allison offers to help Olivia find out if it is her husband who is the cheater, and they end up beginning a friendship with Eliza and her childhood friend Amanda, whose Hollywood producer husband is caught up in the #MeToo movement.

The four women join together to help Olivia discover the truth. The story of their unlikely friendship drives this lovely story, and I related to Eliza having to deal with empty nest syndrome with her children away at school. I highly recommend Eliza Starts A Rumor for anyone who enjoys a story about women of every age coming into their own.

Amy Poeppel’s new novel, Musical Chairs also deals with a mom who has adult twins. Bridget is excited to be spending her summer at her rather rundown vacation home in Connecticut with her boyfriend. 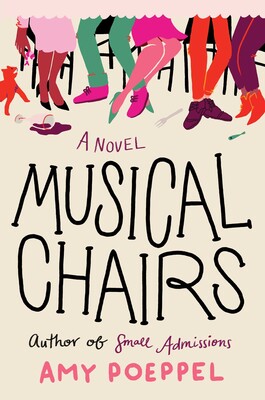 When he breaks up with her in an email after his ex-wife tells him he should, Bridget’s daughter quits her finance job in Hong Kong, and her newly married son shows up without his husband, her summer plans have drastically changed, and her house fills up.

Bridget’s best friend and musical partner Will will be spending the summer as well, as they must rehearse with the new member of their classical musical trio, hoping to revive their career.

Oh and Bridget’s elderly father Edward, a highly respected composer, has announced that he will be marrying his deceased wife’s friend, which throws everyone into a frenzy.

Musical Chairs is a hilarious, sweet story filled with characters that you will want to hang out with. Reading this delightful novel makes you feel like you are a part of the story, as each of the characters is so interesting, especially Edward’s young assistant Jackie, a young city woman who is perplexed by these rich people. The scene where she gets drunk at Bridget’s house is howlingly funny. I adored everything about this book, and if you are looking for something light, an escape from the reality of our lives today, Musical Chairs is the cure.

Eliza Starts A Rumor by Jane L. Rosen- A

Musical Chairs by Amy Poeppel- A+

Posted by (Diane) bookchickdi at 8:54 PM