Welcome to the Friday 5ive, a weekly blog post where I share five things that caught my attention this week.

1) The fabulous Kristin Chenoweth spent a week at the Nederlander Theatre performing songs from her wonderful CD For The Girls. I love my signed copy that I got when I met her at Barnes & Noble where she shared some great stories with the audience. Her show was amazing, and she had special guest stars at each performance. We were lucky enough to get gospel singer CeCe Winans, who sang one solo song, and then she and Kristin blew the roof off the theatre with their duet of How Great Thou Art. Kristin performed a duet with the current Glinda from Broadway's Wicked (Kristin was the original Glinda) and then she invited a young woman from the audience to come up and sing a duet of Popular with her. The seventeen year-old was astonishing. I'll have more in a future blog post, but let me say, if Kristin Chenoweth is performing near you, you must go see her. For The Girls is on constant repeat at my apartment- I adore it! 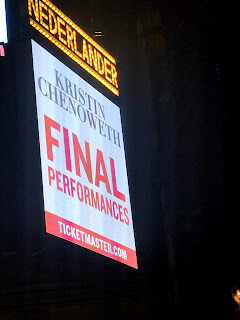 2) On Sunday, I was invited to go to an Escape Room with my daughter-in-law, nephew's wife, and another nephew's girlfriend. I'd never done an escape room before, but these women were veterans. You are locked in a room and have to figure out a set of clues that lead you to another set of clues and on and on until you solve all the clues or your time of one hour is up. The scenario was that we had to solve the clues to save humanity from destruction, and let me tell you, forget Tom Cruise or Will Smith- if we need to save the world, get these young women. I was in awe as they ran around,worked together and figured it all out with eighteen minutes to spare. They could have taken a coffee break and still saved the world. It was fun and next time I hope to be of more (any?) help.

3) The sign of the week caught my eye as I was running errands. I saw this in the front door of an apartment building. I think one of the occupants is hoping to get some of that $1000 a month Democratic presidential candidate Andrew Yang is promising voters. Good luck. 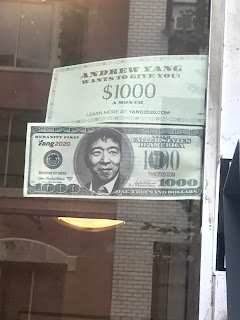 4) I read two books this week. The first was Amaryllis Fox's memoir Life Undercover- Coming of Age in the CIA about her days as a young undercover operative in the CIA. I found the life she led intriguing, particularly in light of the testimony of the diplomatic and national security people we heard this week. These people are loyal to our nation and to our national security. There are so many young analysts and undercover agents working hard to keep us safe, and they sacrifice much to complete their missions. I give this one a solid B. 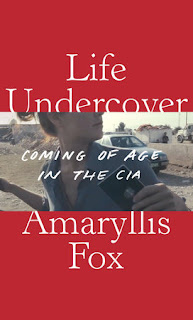 I'm in the middle of Nina Bocci's romance novel Meet Me on Love Lane, the second in her Hopeless Romantics series of books set in the Pennsylvania tourist town of Hope Lake. (The first one was On The Corner of Love and Hate.) In this one, Charlotte comes back to Hope Lake after a twenty year absence to try and figure what her next life move should be. Her father is the town doctor, her best friend Emma is head of the Community Development Office, and there are two men who could be her love interests. It's a sweet story, and if you live in a small town or just wish you did, this is a great series of books for you. I'll post a full review on December 2nd. 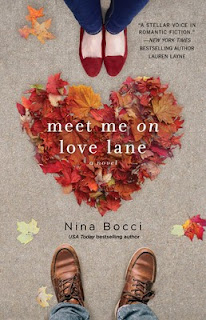 5) I've been bingeing the first two seasons of Netflix's The Crown, about the life of Queen Elizabeth II. Claire Foy is brilliant as the young Queen, I can see why she won all the awards that she did for this role. John Lithgow is always stellar, and he shines again as Winston Churchill. I found Princess Margaret's (beautifully played by Vanessa Kirby) story moving, perhaps because I just finished a novel, The Other Windsor Girl, recently and enjoyed it. I can't wait to get to the newly released season three. Are you watching?

Thanksgiving is less than a week away- are you ready?

Posted by (Diane) bookchickdi at 2:59 PM