Stradal’s first novel, Kitchens of the Great Midwest was a critically acclaimed story of a talented young chef staying true to herself and her food. In The Lager Queen of Minnesota we meet Edith, 64 years old, who works as a dietary aide in a nursing home. She bakes pies for the residents, and hers are named the third-best pies in the entire state by a hip newspaper. 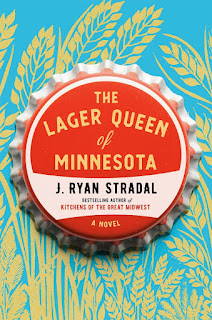 Soon, people are lined up trying to get into the nursing home dining room to try Edith’s pies. Edith and her retired husband Stanley struggle financially, but maybe this is a way to make some money and become more stable.

Edith grew up on a family farm, with her parents and sister Helen. When their father passed away, it was assumed that the farm would be sold and the sisters would split the money. But their father left it all to Helen, who took the money and with it, she and her husband became one of the biggest brewers in the Midwest.

After that, Edith refused to speak to Helen, but Helen was so busy creating her empire that she put it aside. When Edith’s granddaughter Diana comes to live with her, Diana ends up working at a local IPA brewer, and it turns out that she is very good as a brewmaster.

When Diana needs help, she turns to Edith and a group of older women who prove that age is just a number, and when the chips are down, there are people around to pick you up.

You don’t have to like beer to appreciate The Lager Queen of Minnesota, but if you like a good IPA, you’ll get more out of this fantastic novel. I enjoyed learning about the brewing business. The Midwest setting is a welcome change from the urban settings of many books, and the characters are grounded in reality. I highly recommend this novel.

In Ann Patchett’s The Dutch House Cyril Conroy creates a successful business in real estate after WWII in Philadelphia. He surprises his wife by buying the Dutch House, a huge mansion in the suburbs. But is it a good surprise? 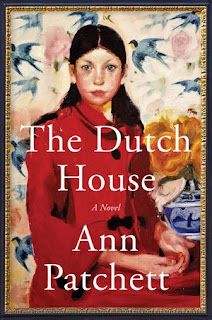 With the house comes a staff of three women who help raise the two children, Maeve and Danny. Their mother seems very unhappy, and disappears from time to time, until one day she leaves and never comes back.

Tenacious young widow Andrea sets her sights on Cyril, and their shared love of the Dutch House brings them together. When Cyril marries Andrea, she brings along her two young daughters. Like the wicked stepmother in fairy tales, Andrea bides her time until she can force Maeve and Danny from the Dutch House, and claim it as her own.

This devastates Maeve and Danny. They have lost the only home they have ever known, and any connection to their parents. Maeve, who is out in the workforce, takes in her high-school aged brother, and they live together in a small apartment.

Danny narrates this beautifully told story as he tries to understand where he fits into this world. Although the narration switches back and forth in time, Patchett is such a skilled writer that it all flows so smoothly, and the reader is never confused.

Maeve and Danny occasionally park outside the Dutch House, peering inside and reliving the past while talking about the future. We follow them through college, work, adulthood, and eventually Danny has a marriage and family of his own.

Maeve can’t seem to move forward with her life, and she tries to push Danny to go to medical school to become a doctor, but for her own reasons. When Danny meets the woman he wants to marry, she is concerned by how close Danny and Maeve are, and the influence Maeve wields over him. This causes problems for Danny as the two people he loves most don’t like each other.

Since we see Maeve through Danny’s eyes, she is perhaps not as well known to the reader. But they have an unshakeable bond that gets tested at the end of the story as they confront their past, the cost of forgiveness, and the meaning of family. I loved The Dutch House and highly recommend it.

The Dutch House by Ann Patchett- A+
Published by HarperCollins

Posted by (Diane) bookchickdi at 4:51 PM