Welcome to the Friday 5ive, a weekly blog post about five things that caught my attention this week. This week marks the one year anniversary of the pandemic lockdown here in NYC. Last year on March 12th when Dorothy and I locked the door to the Book Cellar, the nonprofit used bookstore where we work that supports New York Public Library branches, we had no idea what would happen in a year. But hope is on the horizon if we stay vigilant, and everyone gets their vaccine when it's their turn.
1)  St. Patrick's Day is next week, and we always celebrate with corned beef and cabbage, a favorite meal of my sons. I decorated a bookshelf with some green books and books by favorite Irish authors.  It makes a good March Zoom background.

2)  I received my 8th medal for my virtual Camino de Santiago (Way of St. James) ride on the Conqueror Challenge. It was a 481 mile ride from France to Spain, and the postcards highlighting sights of interest I received for this one were fascinating. Next up is a 750 mile Boston to Bar Harbor ride, a three month ride. 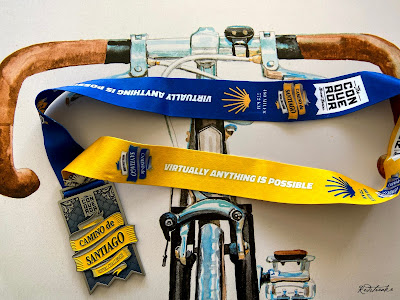 3)  It was a week of Zooms. We had a family Zoom for my mother-in-law's birthday, filled with lovely flowers, festive balloons, pretty cupcakes decorated like flowers, and gifts galore for the beautiful birthday lady. It was nice to have so many grandchildren participate.
After the birthday Zoom, we had a family wine Zoom with a very informative and entertaining person from Stag's Leap Cellars Winery in Napa Valley. Terri gave us background on the winery and the wines we tasted were excellent, a good time was had by all. The Fay Cabernet Sauvignon was my favorite.
On Monday, the Facebook group Peloton Moms Book Group hosted a talk with author Kristin Hannah, whose new novel, The Four Winds, which debuted at number one on the New York Times fiction bestseller list. The book tells the story of Elsa, who with her teenage daughter Loreda and young son leave their family farm on the Texas panhandle when the Dust Bowl storms and Great Depression decimate their farm. They flee to California only to fight horrible living conditions, discrimination, and farm owners who take advantage of the refugees, to try and make a life. It was a fascinating discussion, and we learned all about Hannah's research and writing process. My full review of her best book yet publishes Sunday in the Auburn Citizen and online at auburnpub.com. (Hint- I gave it a rave review.)
4) We watched a terrifc documentary on Apple TV+ this week- Boys State. The documentary, about a program where 1,100 young men from all over Texas come together to create a democratic government of their own. They split into two groups- Nationalists and Federalists, decide on party platforms, and elect representatives. The film focuses heavily on the race for Governor, and the candidates they highlight are such interesting young men, after watching this documentary you know that you will be seeing them as future leaders. The film won the Sundance Film Festival Grand Jury Prize. 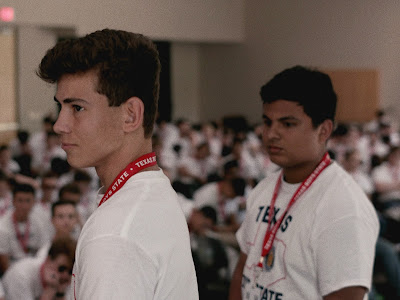 5) On the book front, I finished Kate Quinn's WWII novel The Rose Code,  a 626 page book that flew by.  Three women who work at Bletchley Park outside London are trying to break the German communication codes and one stumbles upon a spy. It continues Quinn's WWII brilliant novels (The Alice Network and The Huntress) about women who did more than their part for the war effort. 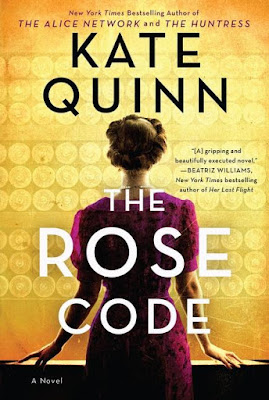 Speaking of WWII, I started Jacqueline Winspear's newest Maisie Dobbs novel, The Consequences of Fear. We're up to 1941 in this popular mystery series, and private investigator and psychologist Maisie is now assisting the SOE (Special Operations Executive) British spy agency by assessing candidates psychological state of mind before they can work with the French resistance. Maisie and her able investigator Billy are also working on the case of young boy who witnessed a murder. I'm halfway through and as always, it's great to visit Maisie's world and the friends and family we've come to know over 16 novels. It publishes on March 23rd. 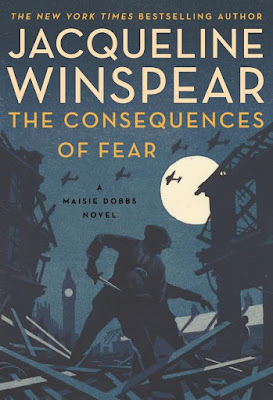 Stay safe and socially distant, wash your hands, wear a mask, and get a vaccine when it's your turn. We're getting so close to beating this, I can feel it. I hope you do too.
This post was shared with The Adventures of an Intrepid Reader's Weekend Cooking posts.

Posted by (Diane) bookchickdi at 2:13 PM